Home to 84 of the worlds 103 ecosystems, the Quechua, Inca, and countless Spanish historical sites, Peru is an ecologically and culturally diverse country. One of the reasons I really enjoy IMG's Machu Picchu Salkantay Trek is that we are able to experience so much in a relatively short time frame.

During our two days in and around Cusco, the Inca and Spanish capital of the region, we visited many culturally significant sites. We walked through Spanish cathedrals that had been built on the foundations of Incan shrines. We visited Sacsayhuman where granite boulders the size of pickup trucks had been chiseled away from the mountain sides and carried by human power to create some of the most impressive fortress walls I have ever seen. We visited the famous Pisac Market in the Sacred Valley before enjoying a gourmet lunch overlooking the Rio Urubamba. The drive to and from these sites is almost as impressive as the sites themselves. We passed through spectacular countryside with views of the Andes where people are still working the land in much the same fashion as they where a thousand years ago.

The first day's trek is relatively low angle but we take it slow as the air is noticeably thinner over 10,000 feet. We enjoyed a sit down lunch prepared by Mateo, our excellent trip chief, in the same meadow we stopped in last year. It was here that I first saw the development of infrastructure that occurred since last year. The government built bathrooms and sinks with running water for use by locals who lived in this remote region as well as trekkers like us. We found similar developments along the rest of our trek.

I think day two of the trek is the most spectacular in terms of natural beauty as we climb up and over a 15,180' pass between the nearly 19,000' glaciated peaks of Salkantay and Tucarhauy. I have been fortunate to see many of the world's most spectacular mountains and believe me, this pass does not disappoint! After taking a good break on the pass and soaking up the views, we make our way down to a hot lunch and thicker air awaiting below.

Day 3 of the trek is almost all downhill, and the alpine grasslands and rugged mountains quickly become the cloud forest which feels almost like the jungle. I was glad to find that the road being constructed had made less than a mile of progress since last year. After lunch we piled into a van and headed towards the small town of La Playa on the one-lane dirt road that snaked along the sometimes treacherously steep hillsides. Our local driver made one unexpected stop at a farm house. He returned with a live chicken in a burlap sack that became our 11th passenger.

An hour before sunrise on day four of the trek, Jenny, Mary, and I were awoken in our tents with the now customary cup of steaming Coca tea. We ate a quick breakfast and headed out of town on an old Incan trail. I was impressed that we climbed steadily at a perfect incline for three hours and the trail only had one switch back! Our efforts were definitely rewarded at the Llactapata ruins by the amazing views of Cerro Salkantay, where we had been, and Machu Picchu, where we were going. The Reddys, Joe, and Walter enjoyed a morning soaking at the Santa Teresa Hot Springs. We all meet up at Hydro Electrica for lunch and our train ride to Aguas Calientes.

The next morning Jenny (by now the established Energizer Bunny of the trip) and Joe caught the first bus up to Machu Pichu where they climbed the namesake mountain above the ancient city just as the sun was coming up. The rest of us joined them later in the day for a very informative tour of the city given by Walter our local guide. That night at dinner we could hardly keep our eyes open despite the jubilant local music, a sure sign of fun-filled adventure.

More photos of the Salkantay/Machu Picchu Trek can be found here. 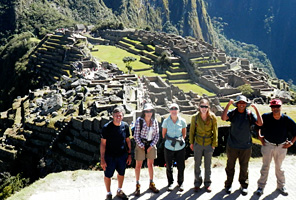 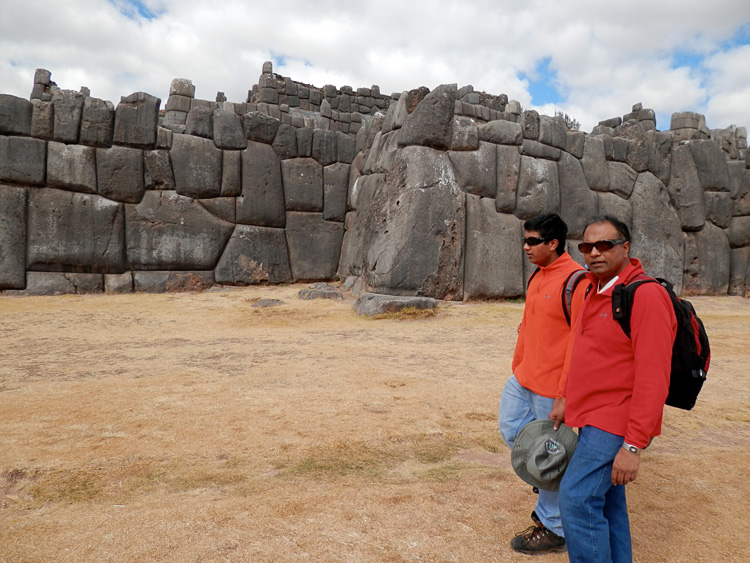 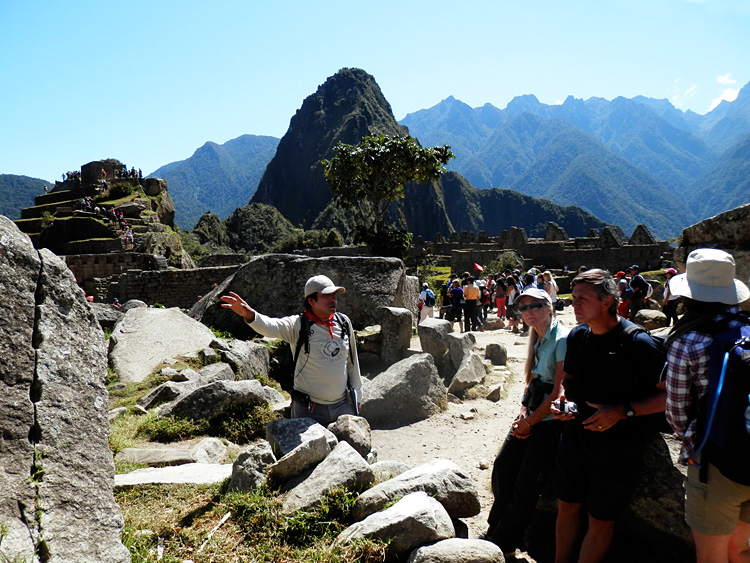 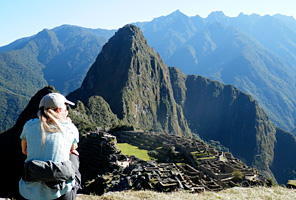 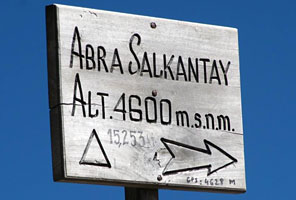