Click below to view a video from International Mountain Guides climbing and trekking expeditions. If you'd like to share your video from an IMG trip, we'd love to hear from you: office@mountainguides.com

Time lapse of nightfall and sunrise from ABC by IMG climber Mike Guthrie. 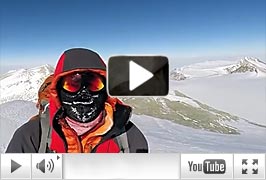 IMG's Vinson Princes on their Court. "We love volleyball... it's more or less a sport." (Video by: Greg Vernovage)

In a nutshell, IMG was the class of the mountain. I can't imagine climbing with any other group. 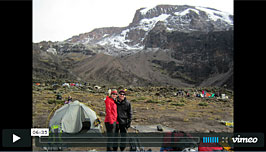 I climbed the third time with IMG. 2008 I climbed the Denali, this year the Vinson in Antarctica and the Cho Oyu in Himalaya — always perfectly organized and always all climbers of the teams on the summit! I appreciate the experienced guides, the international teams, the new tents, the good food, and the committed local staff! IMG is a good international address for climbers...

~IMG climber on Cho Oyu
See the video »
I was very impressed with how everything was so well organized. It seemed like every little detail was covered. IMG is way better than the others. Way better! You guys are the best in the business...