Paul Baugher began climbing in while attending the University of Puget Sound in the mid- seventies. Mount Rainer was an irresistible beacon that had a big impact in the path of Paul's career. He began as a climbing ranger at Rainier working primarily out of Camp Schurman in the eighties. He also began his career in snow avalanches at that time working at Crystal Mountain. Paul has been the Director for the Northwest Avalanche Institute since the early nineties has taught and consulted on avalanche safety and problems for major ski areas all over the western U.S. He has been a presenter at numerous domestic and international conferences. Paul is perhaps best known for his research, expertise, and public safety outreach on the subject of Snow Immersion Suffocation (SIS) which is often referred to as a tree-well death.

Eric and Paul began Mount Rainier Alpine Guides (MRAG) in the late nineties to lay the groundwork for what would later become a foundation for IMG's Rainier operations. MRAG was absorbed into IMG when Paul and Eric joined with George and Phil in the early 2000's, beginning IMG's Rainier operations in 2006. Paul says, "Friendships in the mountains form more strongly in bad weather and circumstances than they do when the going is easy. I was very lucky to work with such accomplished partners and a top-notch guide staff."

Paul has always had a deep interest in mountain safety and risk management. He has worked on over a hundred cases, often testifying at trials all over the U.S., Canada, and Australia. Paul says, "I am very proud of IMG and particularly our stellar safety record. Our hard-won reputation for managing our client's safety is second to none. This is a testament to the dedication and attention to detail of our incredible guide staff over the years. I look forward to following the continued success of IMG in the coming years and especially seeing our next generation of leaders emerge." 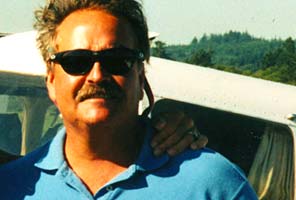 Paul Baugher in the News