With the retirement of his longtime IMG partners, Eric took over management of IMG in January 2021 and ownership in January 2022. The last couple years have been a big challenge for the adventure travel and guiding business, but big challenges are what Eric likes.

Eric has been a professional mountain guide since 1973 and has personally conducted over 100 major expeditions around the globe, including over 30 to the Himalayas. He became recognized internationally as one of the world's premiere mountaineering expedition leaders, specializing in climbs of Mt. Everest and the other classic 8,000m peaks of the Himalayas. During his professional career of over 40 years, he has spent over 5,000 days of active guiding and is a Certified Alpine Guide and Ski Mountaineering Guide with the American Mountain Guides Association, for which he served from 1998 to 2002 as a member of the Board of Directors.

Eric's guiding experience in the U.S. includes 296 successful ascents of Mt. Rainier over 52 years (every year since 1970) and 17 successful ascents of Denali in Alaska via three routes (including 7 Traverses and his most recent ascent in 2019 at age 65). His international guiding and climbing resume includes expeditions on every continent of the globe, including seventeen 8000m expeditions. He was very proud to finally reach the summit of Everest in 1991, on his third try, via the North Ridge, back in the days when climbers fixed their own rope and carried their own oxygen. He may also be the record holder for the slowest trip (over 26 years) around the Seven Summits, starting with Denali (then it was McKinley) in 1974 as a 19 year old, to an ascent of Carstensz Pyramid in 2001.

Other adventures along the way have included Peak Communism (Tajikistan), the National Geographic Society 1998 GPS Expedition (remeasuring Everest), and several scientific expeditions including high altitude botanical research on Mt. Kenya, recovering geologic samples in Antarctica, glacial geology and snowline research in the Himalayas, and radiometric surveying in the western USA for the Department of Energy. Perhaps his most significant adventure has been starting a family with wife Erin and watching daughter Audrey graduate from college.

Eric co-authored Ghosts of Everest, published by The Mountaineers Books in October 1999, sharing the story of his 1999 Mallory & Irvine Research Expedition and named as one of the 20th Century's 50 best mountaineering books by the American Alpine Club. He also co-authored Detectives on Everest, published by The Mountaineers Books in July 2002, recapping the 2001 Mallory & Irvine Research Expedition which conducted the world's highest archeology project and culminated with the accomplishment of the highest mountaineering rescue in history.

Eric is a native of Washington State and received a Bachelor's degree in Geology from Carleton College in Northfield, Minnesota followed by a M.S. in Geology from the University of Washington. As a recipient of the Distinguished Eagle Scout Award, he served 2002-2009 on the Board of Directors of the Pacific Harbors Council of the Boy Scouts of America. A member of American Alpine Club from 1975 to 2020, he served on its Board of Directors 2009-2012.

Eric enjoys planning and doing, and success when it all comes together is still what motivates him. Working with the next generation of guides and managers at IMG, with one foot in the past and the other in the future, is his dream come true. 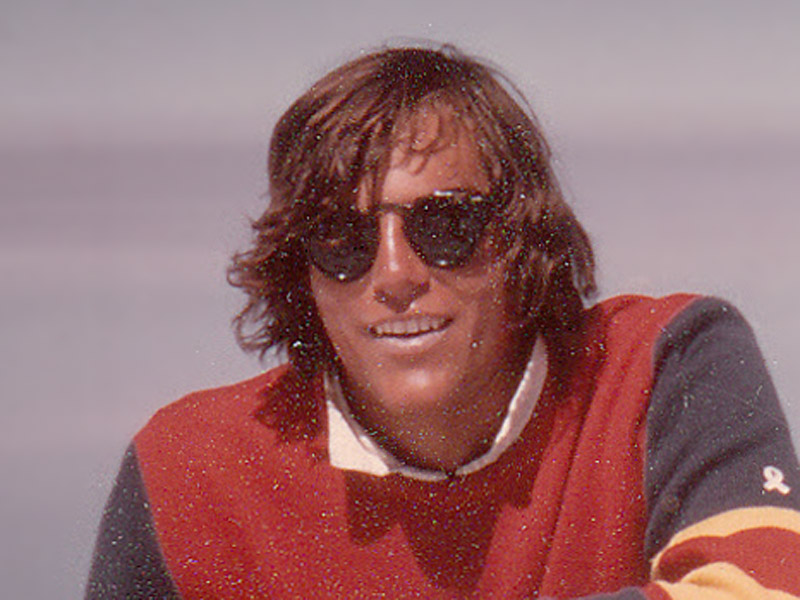 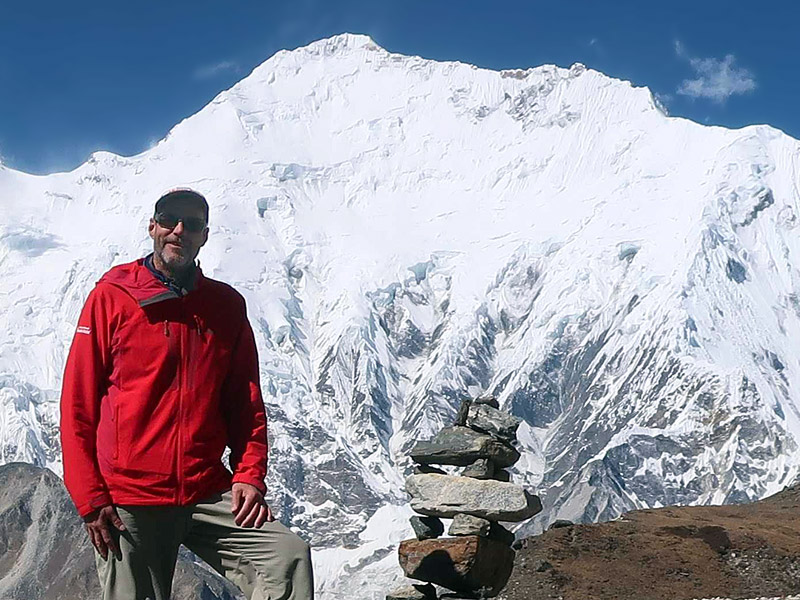 I could not have considered Cho Oyu without you, and I am very grateful...

I also found that Eric Simonson's reputation and experience in the Himalaya has given IMG leaders greater ease in dealing with the Chinese government, in choosing more experienced climbing Sherpas, and in interacting with the leaders of the other expeditions. It was this kind of experience, or lack of it, that determined which expeditions were successful and which were not...