As the end of the big Russian cargo plane opened to reveal my first look at Antarctica, my immediate thought was, you're a long way from that little farm you grew up on so many years ago in Gaines, Michigan. In the last seven years I've been climbing, I have been to a lot of distant places, but I had a feeling this one might be more unique than the others.

We stepped off the plane onto the frozen tundra of Antarctica and it was spectacular. We didn't have much time to look around Patriot Hills, because as soon as our bags were removed from the cargo plane they were reloaded on the twin engine Otter and we were whisked away to Base Camp. My eyes were filled with the most wondrous sites as we traveled to our destination. Soon we were preparing our camp for the night and getting adjusted to the chilly (about 10 below) temperatures. After a hot filling dinner, getting acquainted with teammates, and delightful stories from our guides Dave Hahn and Justin Merle, it was off to the tent and hopefully a good nights sleep.

The next day the weather did not permit planes to fly, so we were very happy that we made it to base camp last night. About three in the afternoon we roped up and went for a walk. It felt good getting the legs moving and seeing what our route would be the next day when we hopefully would be able to move to camp 1.

We woke to a beautiful day (Dec. 7th) and at about 3:00pm we made our way over the next four hours to move to camp one. Phil Ershler's team had left the site pretty nice for us, complete with an ice sculpture of Vinson himself, so we just moved in and set up our tents. After another good meal, good conversation, and hot drinks, we retired to our tents for the night. It was a little cooler now at about 20 below. We have moved into our new routine of rising at noon and retiring about midnight pretty quickly. If you do anything before noon when the sun is full on our tents, you do it as quickly as possible.

At breakfast the next morning Dave told us we would be making a carry to camp two. We were all happy the weather was so cooperative and happy to be making progress on the mountain. It took us five hours 20 minutes to climb to camp two. It was cold but not too windy until we reached the top of the headwall. It was cold and windy now, enough to change from glasses to goggles and cover my face to prevent frostbite. Moving up that headwall was slow and tough, but soon after we reached the top we arrived at camp two. We stayed just for a short while, eating and drinking before making our slightly over two hour decent back to camp 1.

Friday, December 9 was rest day so I took advantage of the time for some reading and journal writing. It began to storm later in the day and by the time dinner was over and we were back in the tent, it was storming pretty hard.

It continued storming through the night and when we climbed out of the tents at about 1:00pm the next day, we saw that we had received about six inches of snow, and the winds were now gusting to about 45mph. At about 2:30 the storm really begins to rage and shreds our cook tent. The winds are blowing so hard now that we have snow inside the tent and begin to wonder if ours might be shredded as well, but the tent holds and Bill (my tent mate) and I celebrate our tent surviving by eating homemade fudge. With the winds so strong, using the toilet facilities is an adventure of its own. We had hoped that Phil's team had experienced all of the bad weather on their climb but we were about to find out that this storm would keep us at camp one for four more days. Four days of watching our tent shake, rattle, but not roll, wondering when it will ever clear.

On Wednesday December 14th, the weather still doesn't look good but looks good enough to move up to camp two. We all climb a little stronger today to camp two since we've had many days to acclimatize. After about six hours of climbing, three hours of clearing platforms and setting up tents, we eat dinner at midnight, and get to bed at 2:30am. Dave tells us that if the weather is good tomorrow we will head for the summit at about 10:00am.

Thursday, December 15th at 8:00am we here the words "it's a go" from Dave so we are up and getting ready to make our summit bid. The day is beautiful, almost no wind and the temperature is a lovely zero. We couldn't have asked for a better day, and at approximately 6:30pm we stepped on top of Mt. Vinson. It was so spectacular and clear that we were able to stay on top for about 20-30 minutes, with Dave pointing out the different camps, glaciers and mountains. It was a privilege to stand on top of Vinson with Dave on his 24th summit. The weather remained good and after three and one half hours we were back in camp.

Justin and our teammate Ed got back to camp before us so Justin was very kind and had hot drinks ready when we arrived. After dinner we retired to our tents and I have to tell you the sleeping bag felt really good that night. The next morning we packed up and began to move back down the mountain and were back at base camp in about 7-8 hours. We set up camp and relaxed for the evening, happy that everyone was back down and in good shape. The next day we were able to fly to Patriot Hills, and when we arrived found that some had been waiting to fly back to Punta for about seven days. When we knew the plane wasn't coming in today, we set up camp for the last time and enjoyed our surroundings.

We would only spend one day at Patriot Hills so took the time to get our passports stamped and talk to others coming off the mountain. One of those people I had a chance to meet was Peter Hillary. On Sunday, December 18th we boarded the Russian cargo plane to make our way back to Punta Arenas arriving at about 10:30pm. After all of us had our much needed showers, we went to a lovely restaurant for our celebration dinner, where we shared wonderful food, drinks, laughs and many toasts. Sadly, but happily because we knew we would make it home for Christmas, we said our goodbyes and flew off in different directions with our wonderful memories of a great experience and new friends. As usual, IMG did a wonderful job of making this adventure one that I will never forget.

—Nancy Norris, IMG Climber and Board of Directors Member for the American Alpine Club 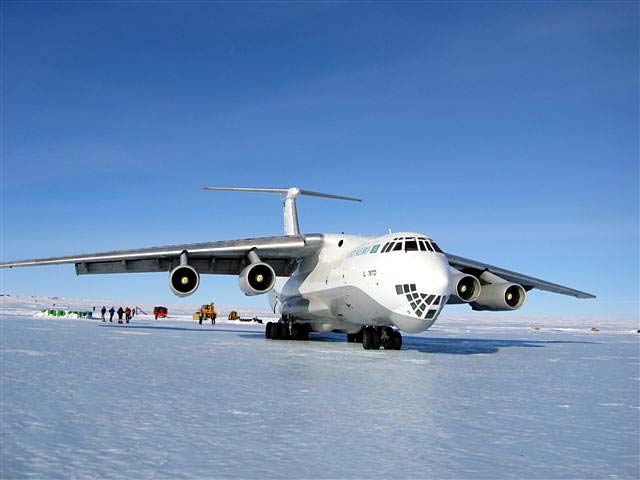 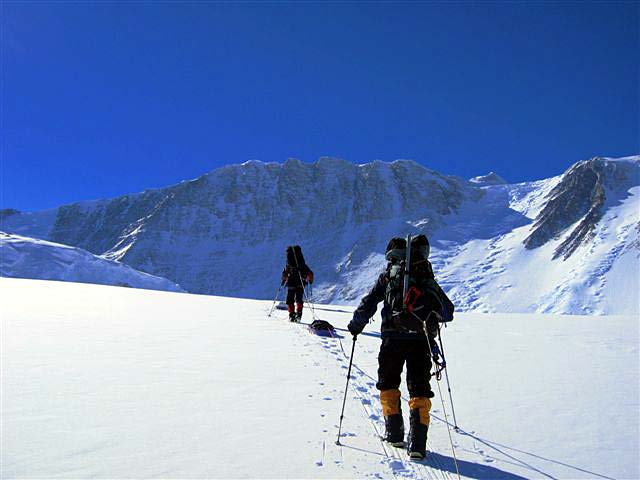 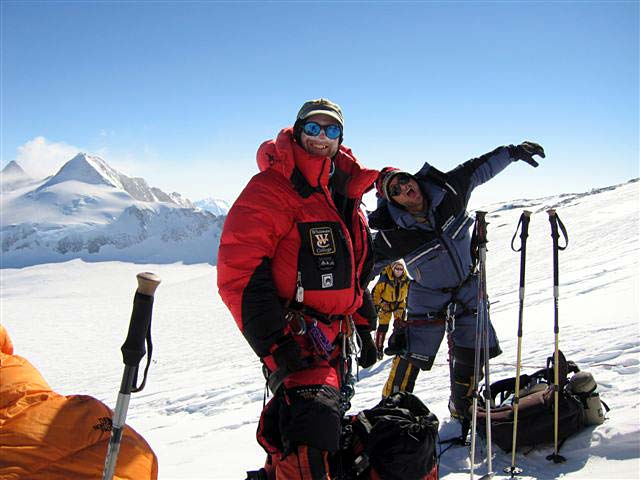 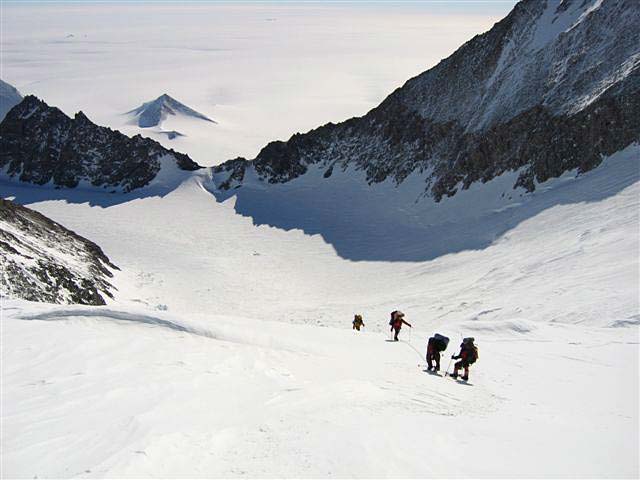 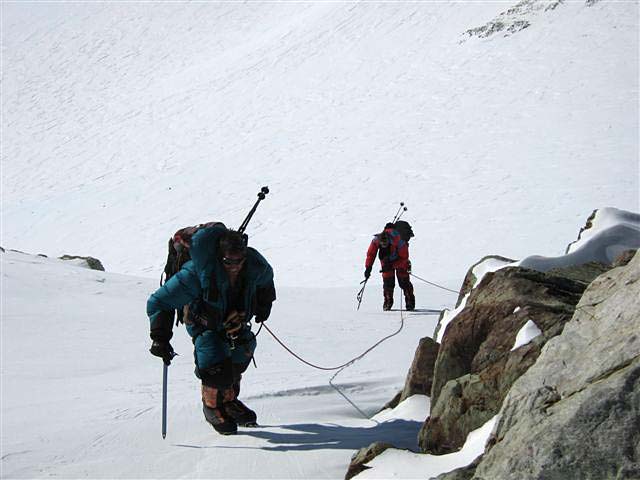 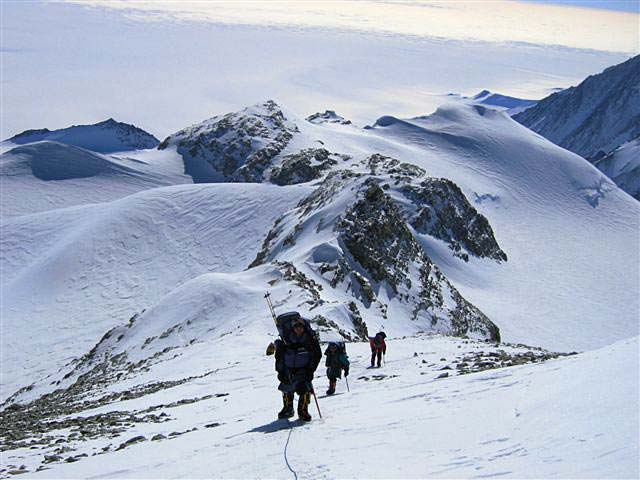 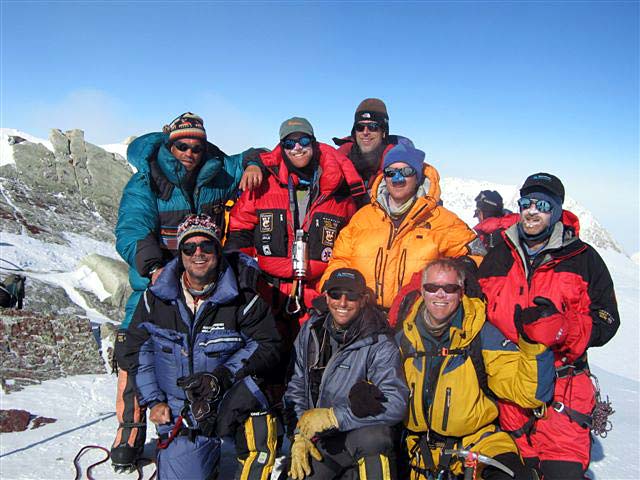 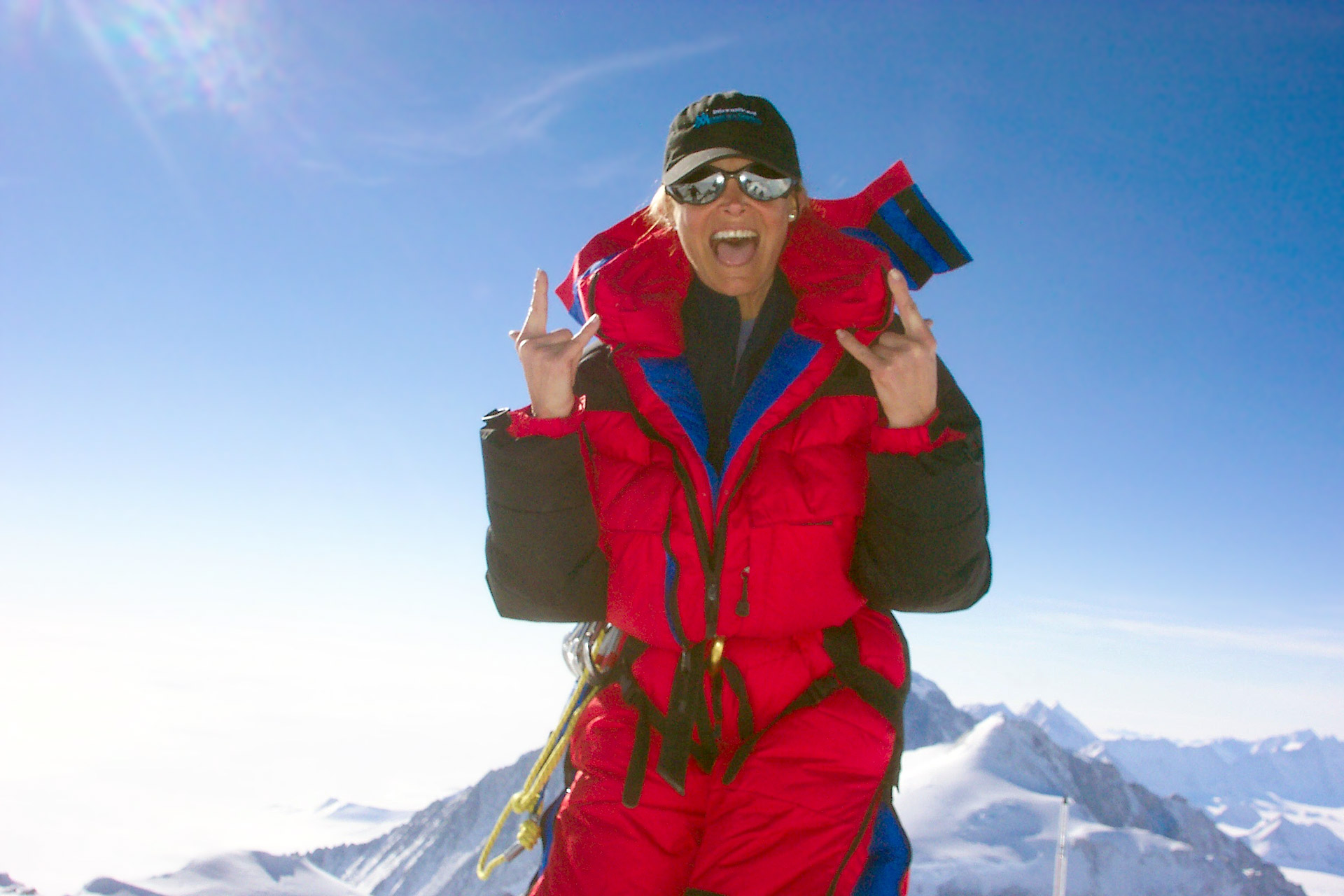 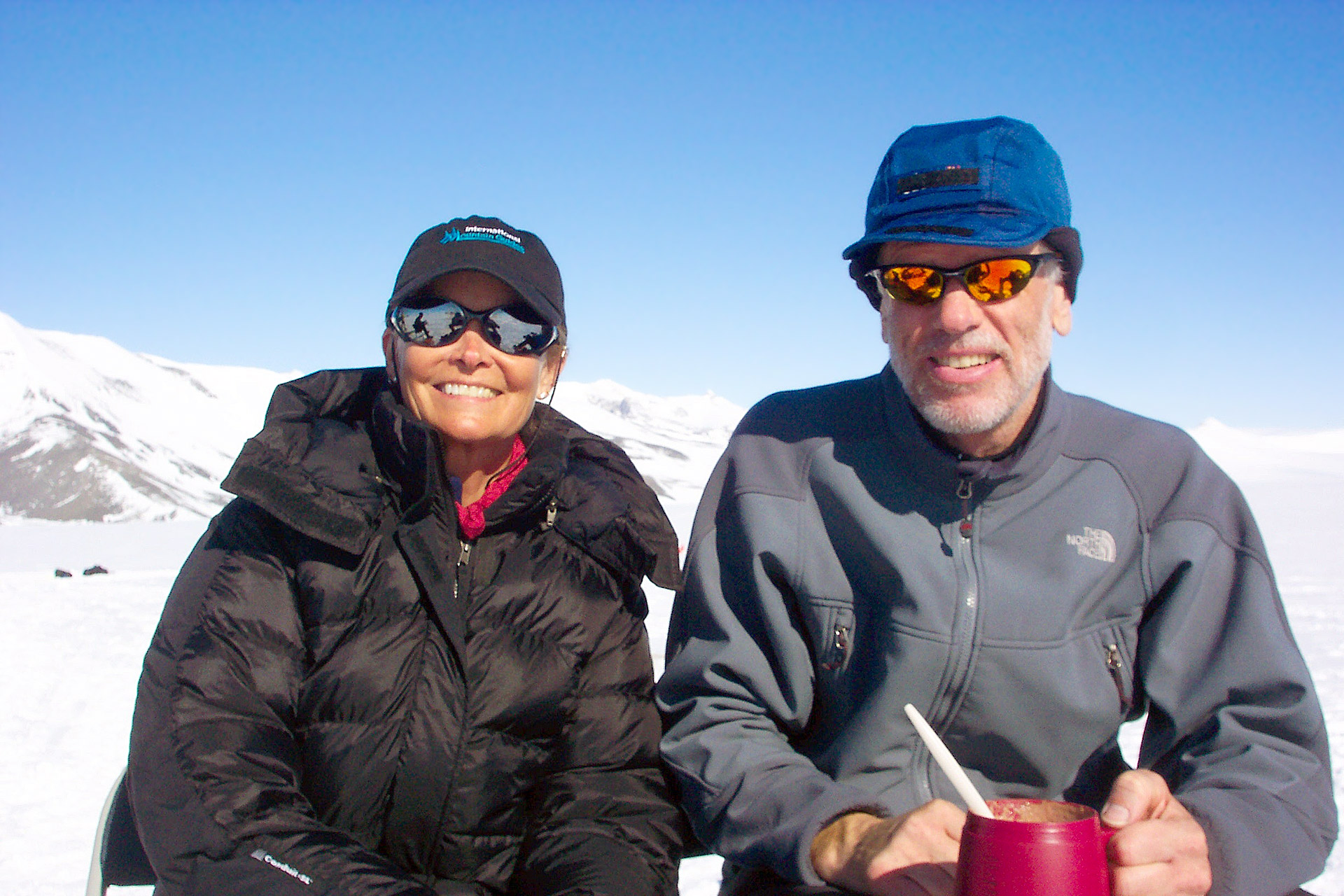