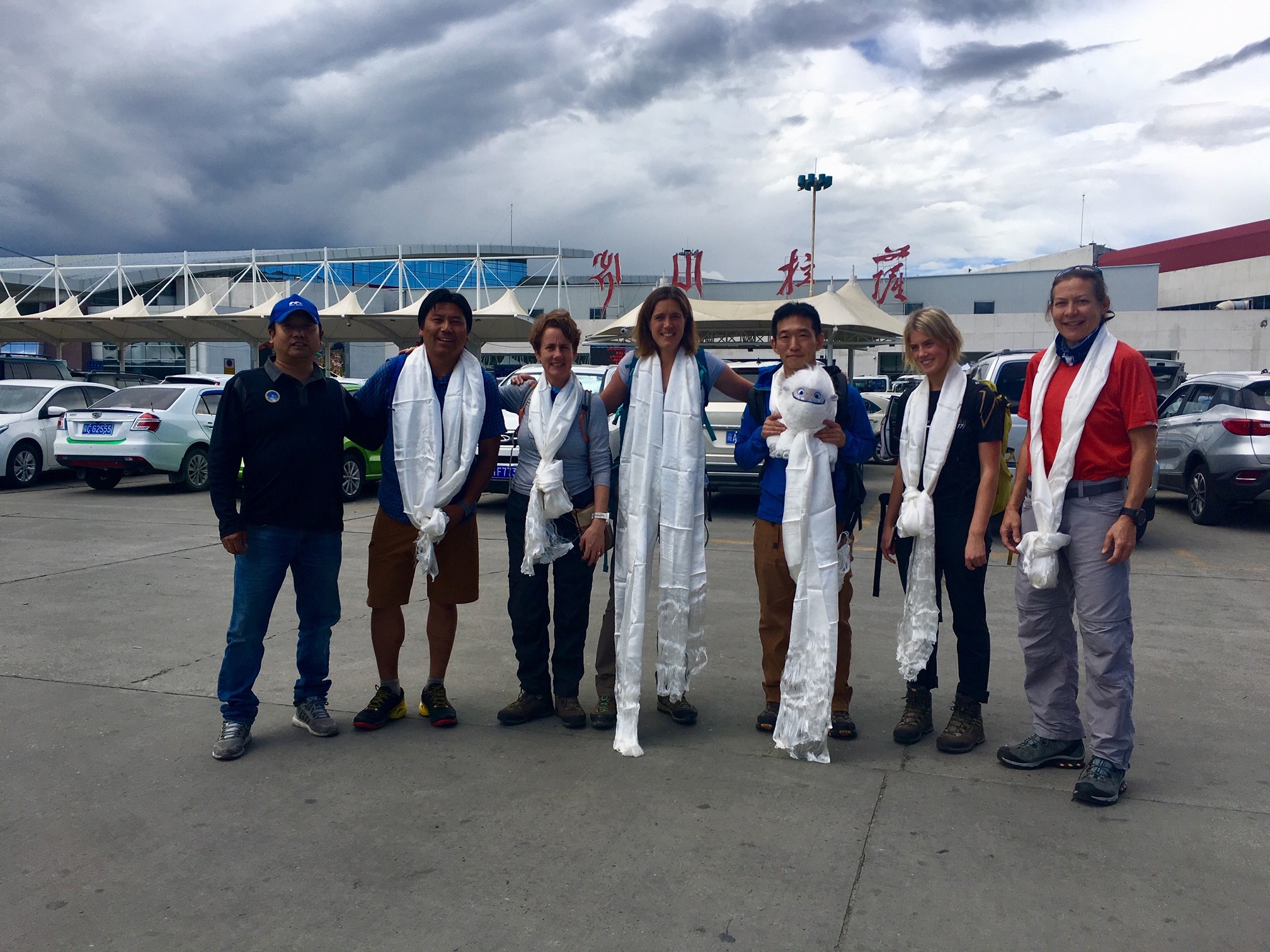 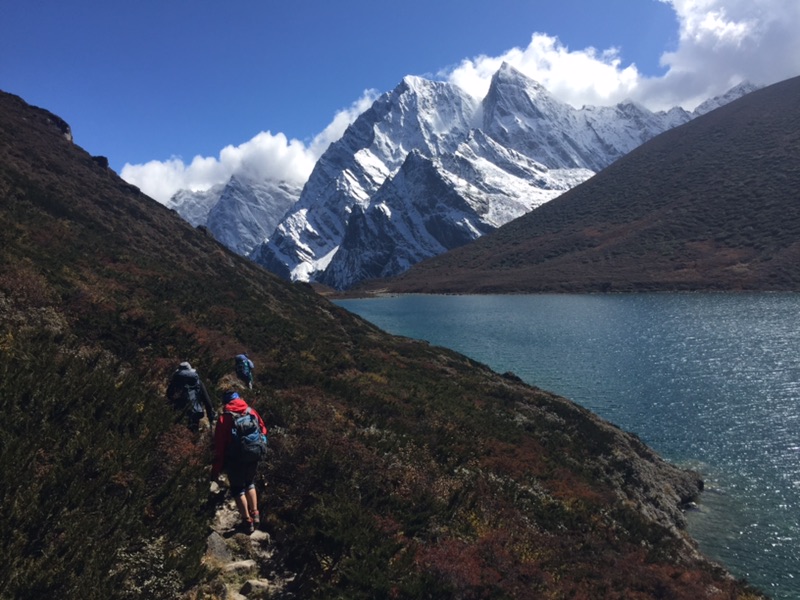 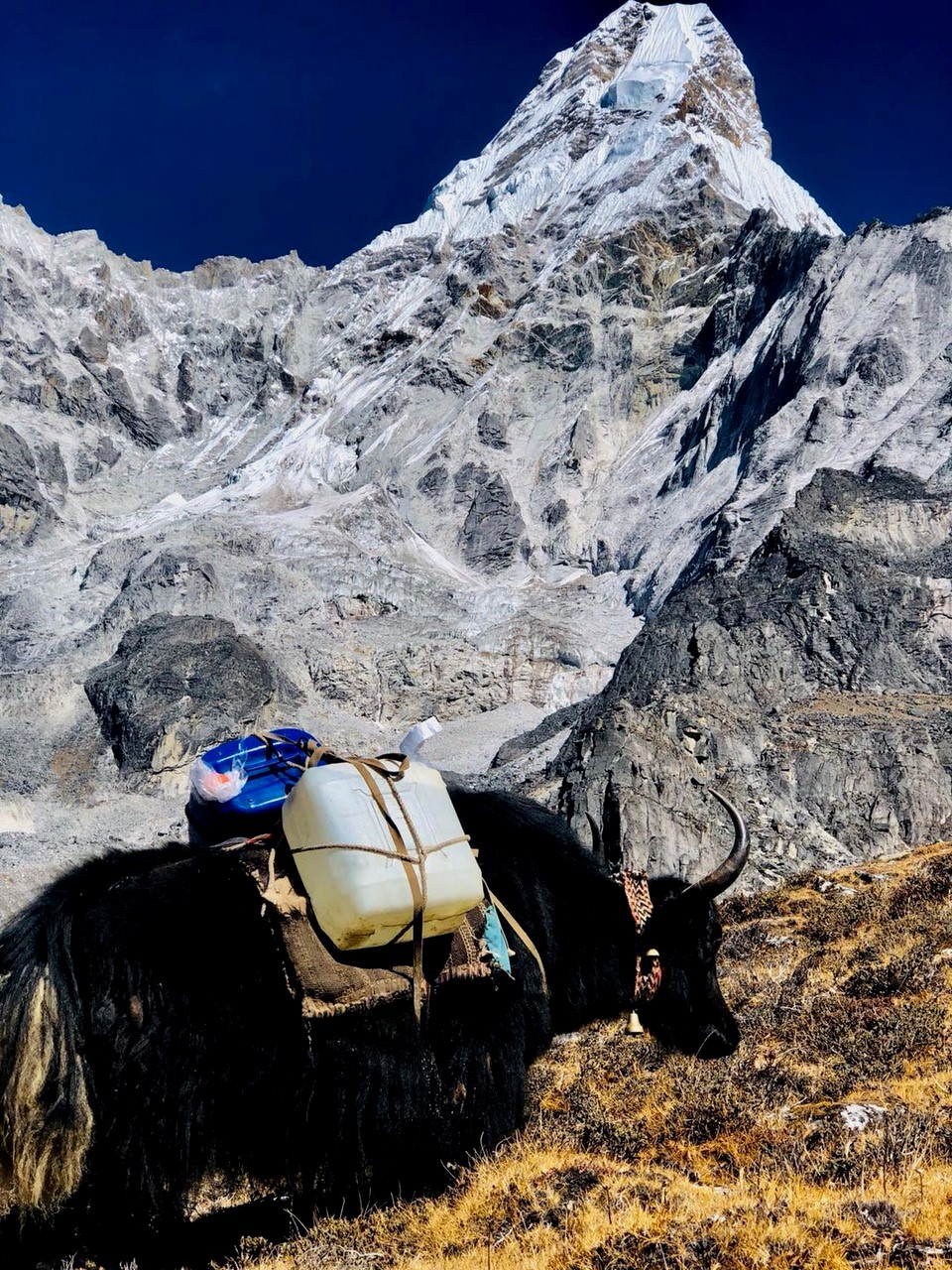 Our 2019 Cho Oyu Team has arrived in Lhasa! IMG Senior Guide Phunuru Sherpa checked in to report the team had a perfect flight across the Himalayas from Kathmandu, then a great afternoon getting settled in and meeting with the local staff. Lhasa 11,995' (3,650m) is a big jump in altitude for the team, so they will spend 3 nights to help with acclimatization. Tomorrow, the plan for the team is to tour the Potala Palace and Jokhang Temple. Our Cho Oyu Sherpa Team is now at the Kyirong border and will be crossing into Tibet tomorrow morning with a big truck load of gear.

This kicks off a busy Autumn Season in Nepal and Tibet! Our Putha Hiunchuli Team is scheduled to arrive in Kathmandu on September 16 and we are looking forward to climbing again this remote and beautiful 23,773' (7,246m) mountain in the Dhaulagiri area. In September we also have several Private Everest Treks, heading to both the Nepal side and to the Kangshung (east) Face in Tibet. October will see our 3X3 trekkers and Lobuche Peak and Ama Dablam climbers arriving to Kathmandu for the Autumn season in the Khumbu Valley. Finally, we'll also be running our first Manaslu Circuit trek later this season.

Whether you are looking to trek or climb, the Himalaya is the place to be this Autumn!

IMG Senior Guide Phunuru Sherpa checked in with some beautiful pictures of the day in Lhasa. The team is doing great and had a nice day touring the Potala Palace and the Jokhang Temple. The weather is beautiful and the team is acclimatizing well. 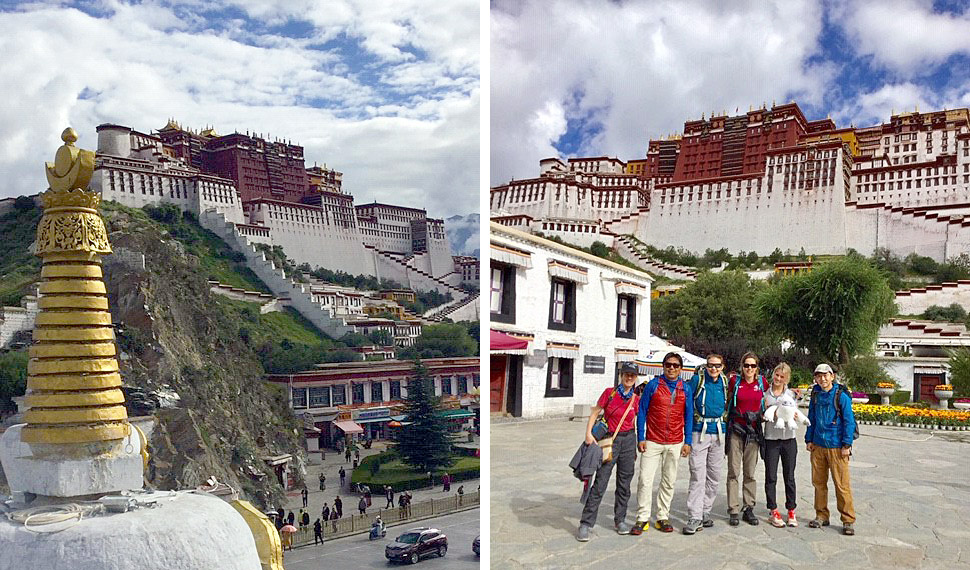 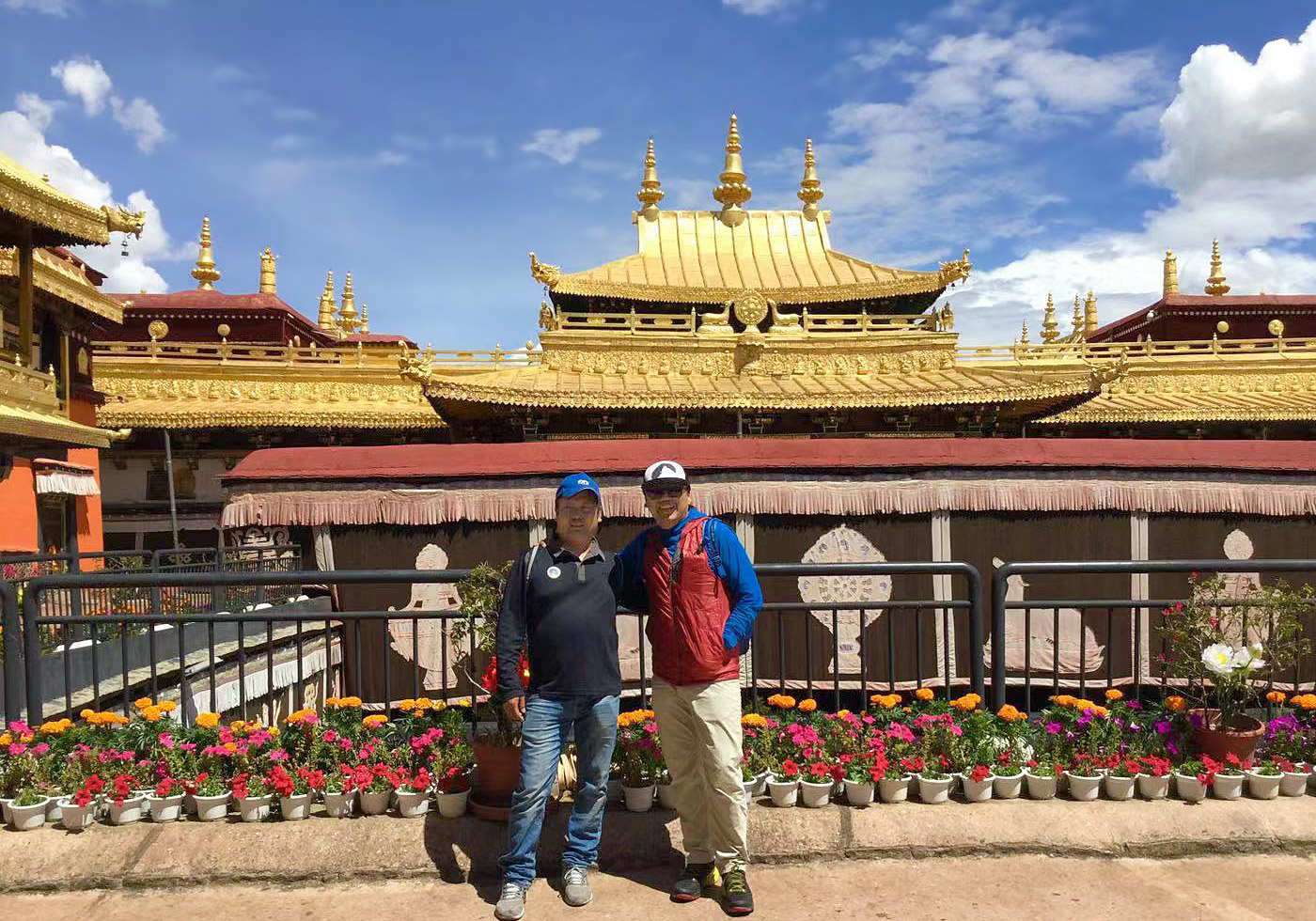 Tomorrow they will go see Norbu Linka in the morning and then the Sera monastery in the afternoon. The Shoton festival (yogurt festival) started in Lhasa so Norbu Linka will be a festive area for the team. They will see Tibetan families picnicking in the Norbu Linka garden and hear some of the Tibetan opera going on.

Our Sherpa Team has crossed the border and will be heading to Tingri tomorrow morning. The team had to slow their progress to wait for a small landslide to be cleared, but they are still moving well. 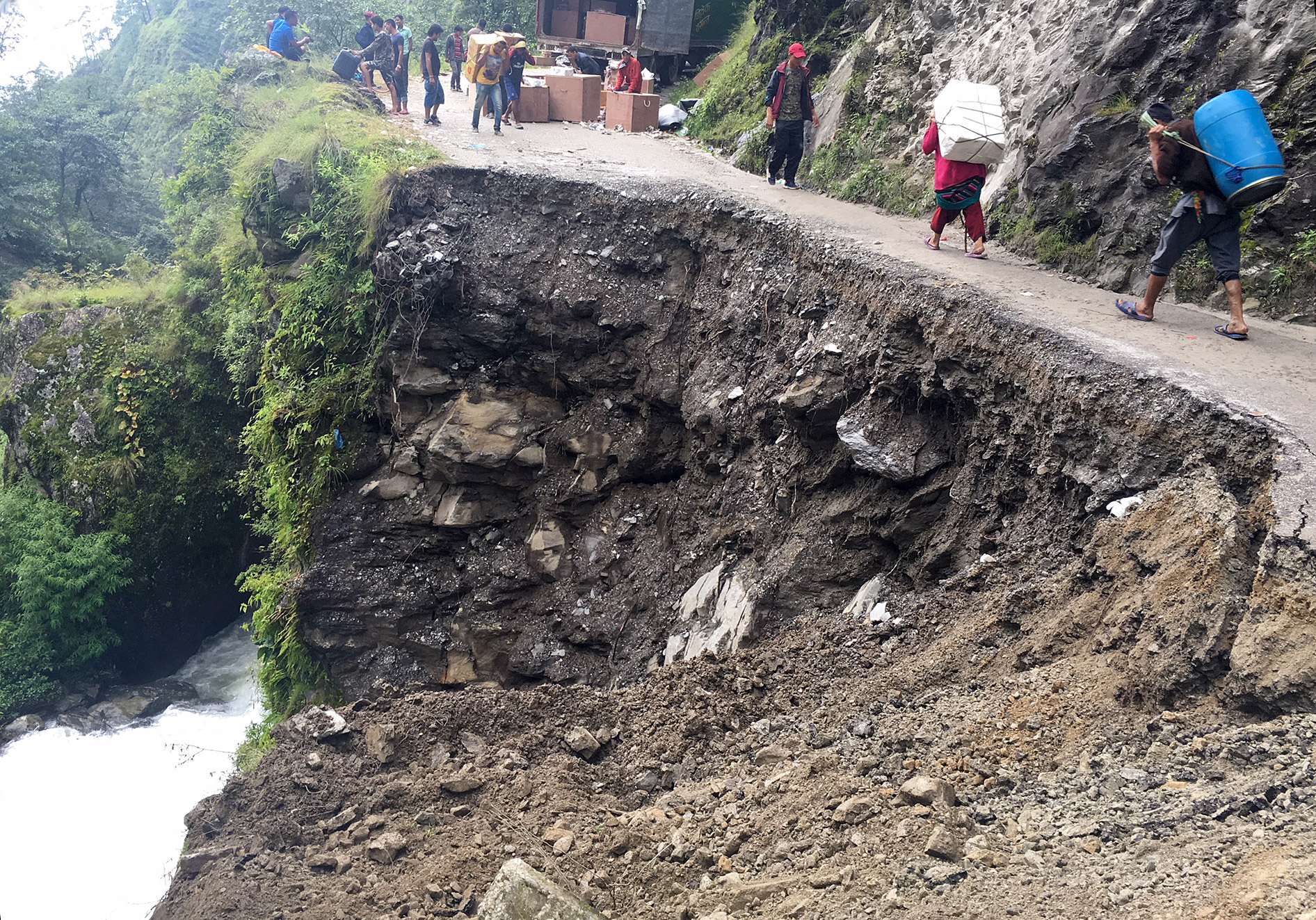 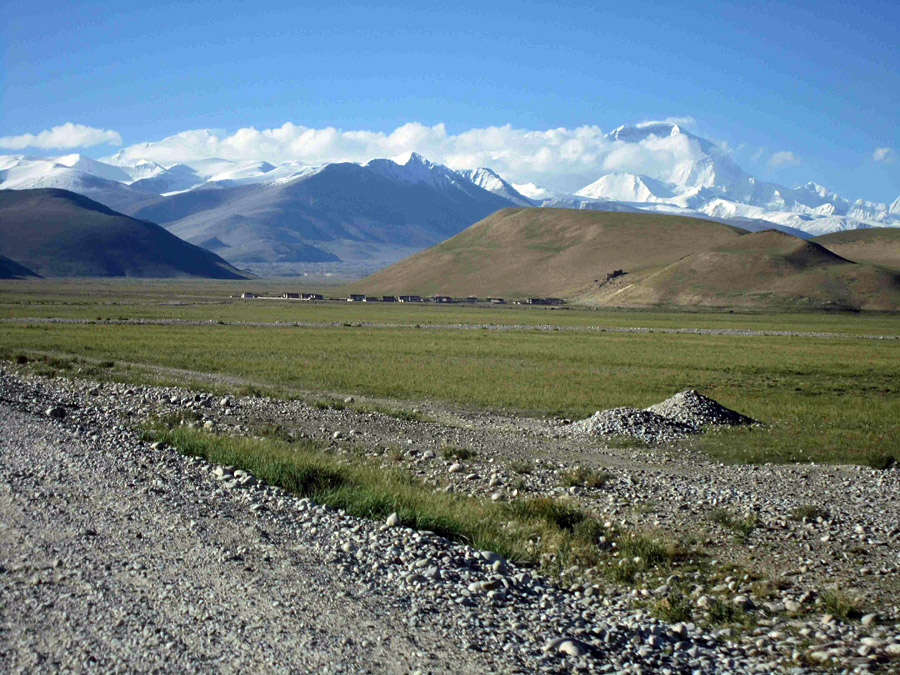 Once in Tingri, the Sherpa Team will buy more fresh food before heading to Chinese Base Camp to start preparing for the team’s arrival.

Phunuru Sherpa checked in to let us know the team had another great day in Lhasa. The team changed their plans slightly as The Shoton Festival (yogurt festival) started in Lhasa, so Norbu Linka would be a must to visit! There were many Tibetan families picnicking in the Norbu Linka garden and Tibetan opera was going on as well. 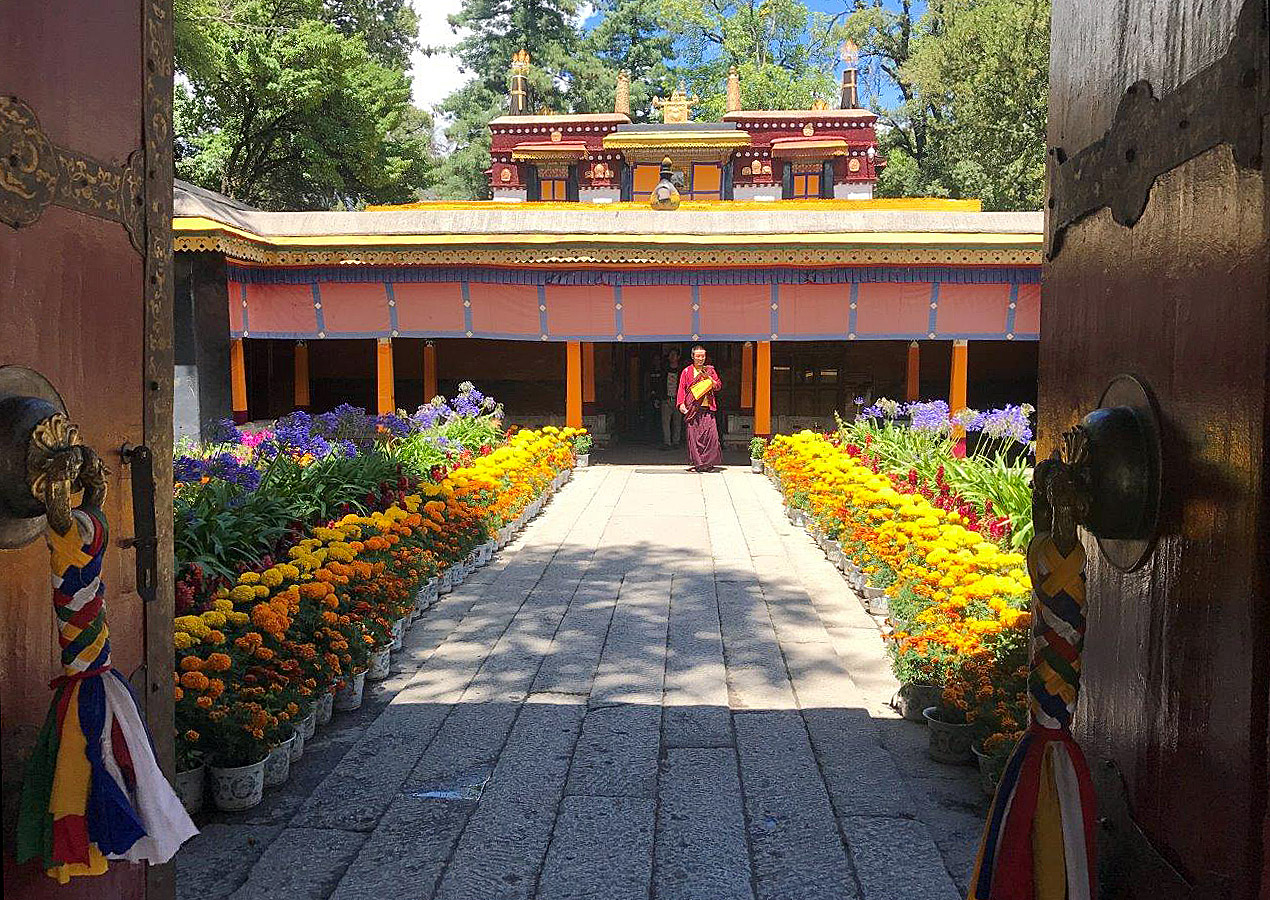 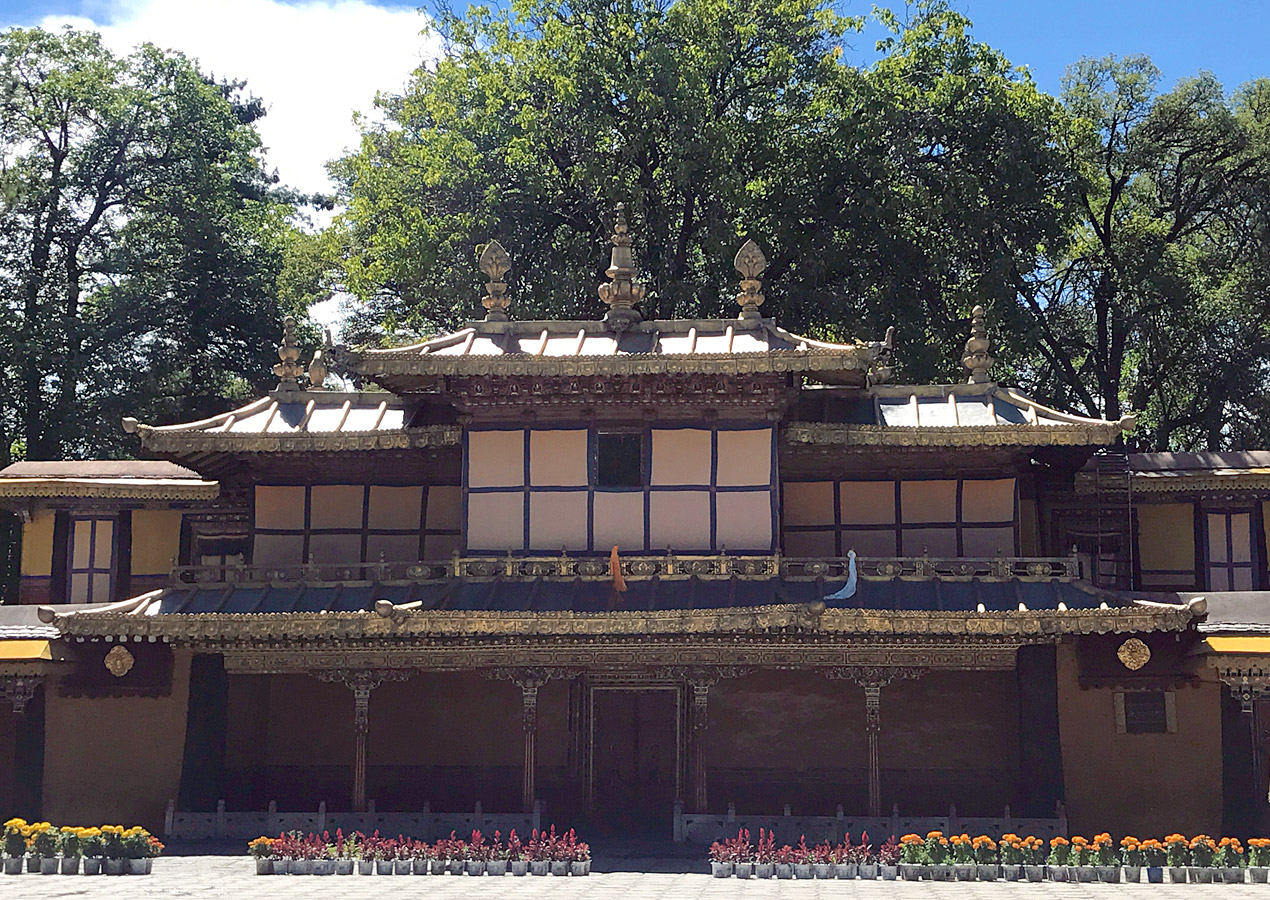 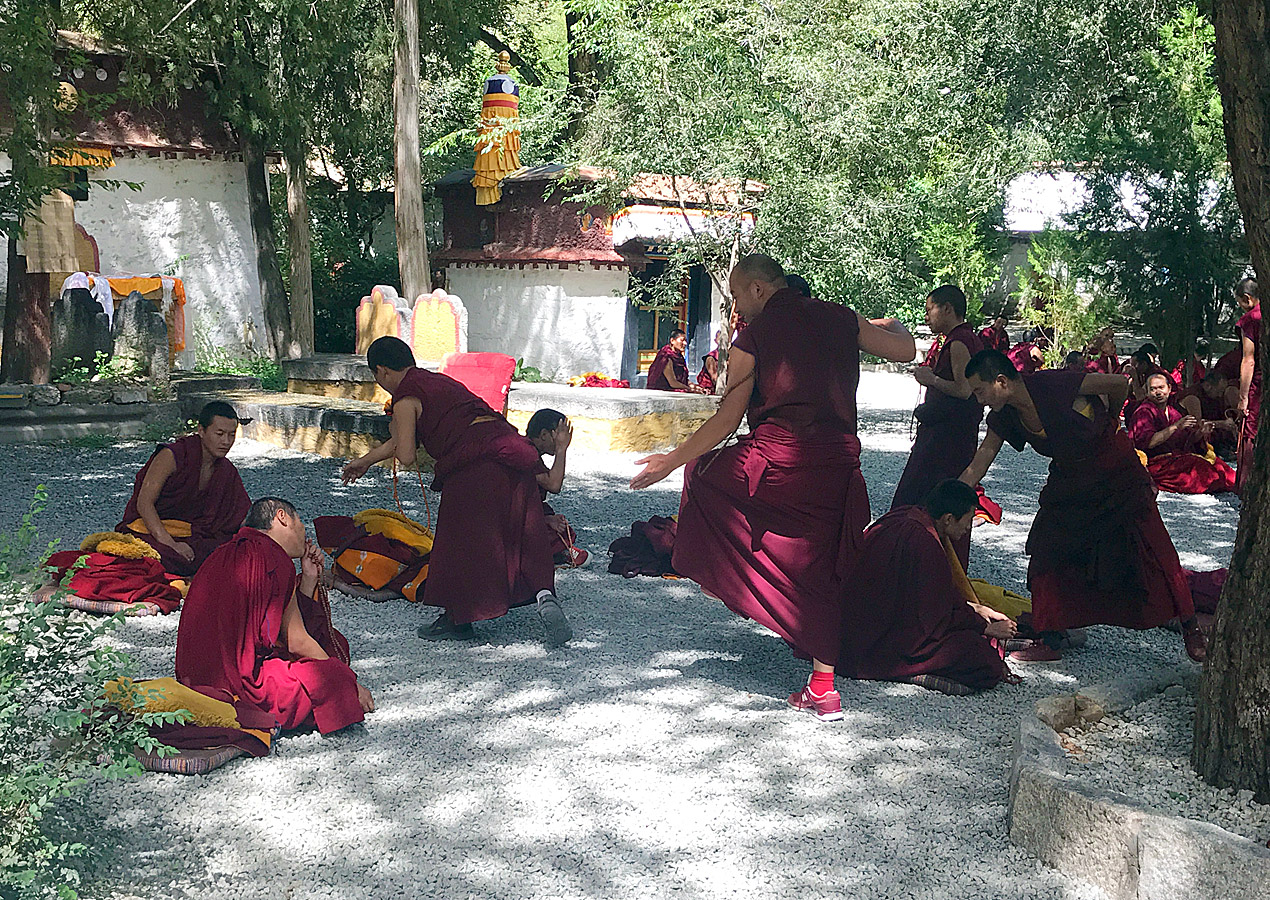 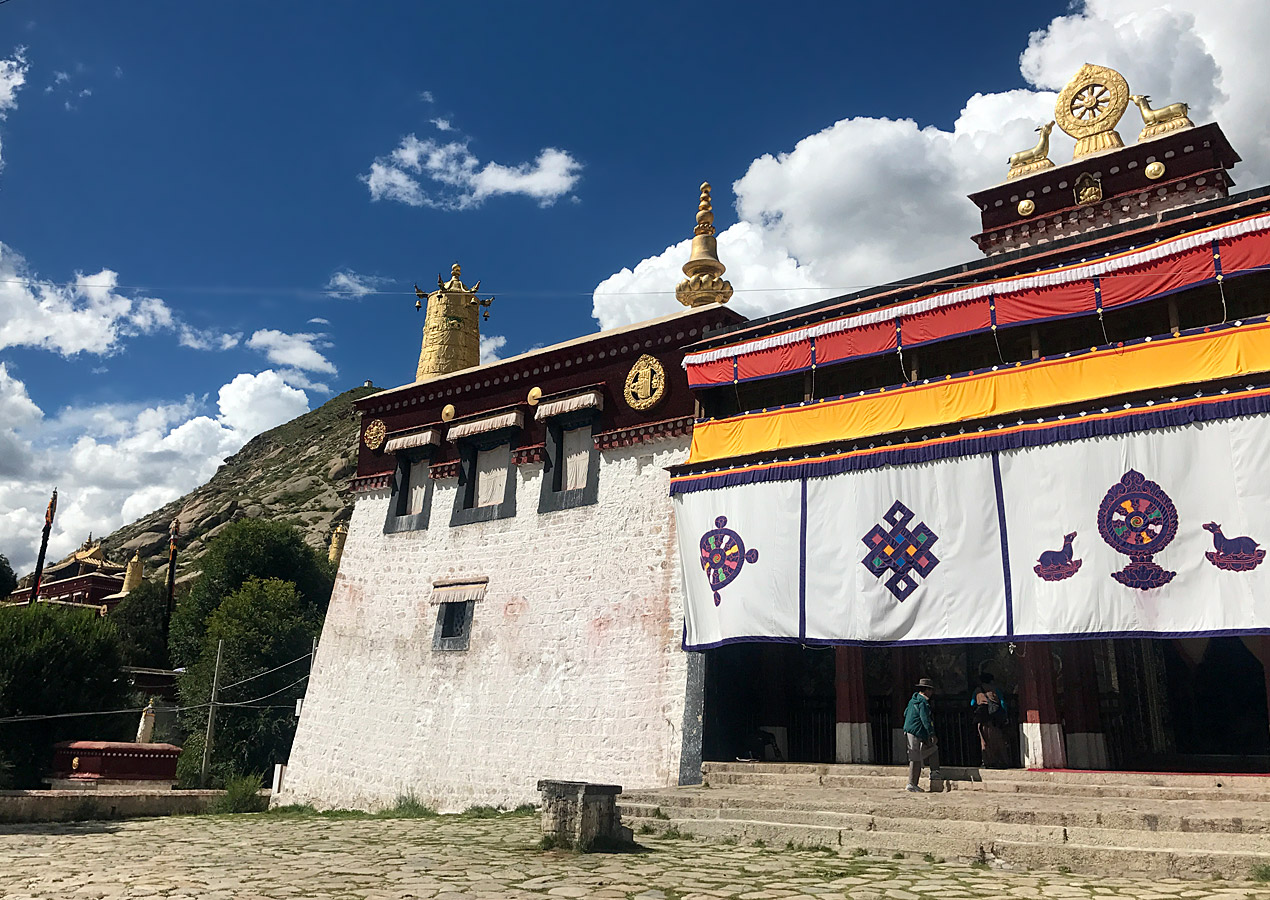 The team also visited the Sera Monastery before heading back to the hotel to prepare for the move up to Shigatse in the morning. Our Sherpa Team has made it to Tingri as well. The Sherpa will do some repacking and shopping before heading up to Chinese Base Camp.

Cho Oyu Team on the Move

Our Climbing Team and Sherpa Team were both on the move today. Phunuru checked in to let us know that everyone is doing well and now settled in at Shigatse (12,467'/3,800m). Tomorrow will be a day of acclimatization for the team and they will hike up and around the monastery. 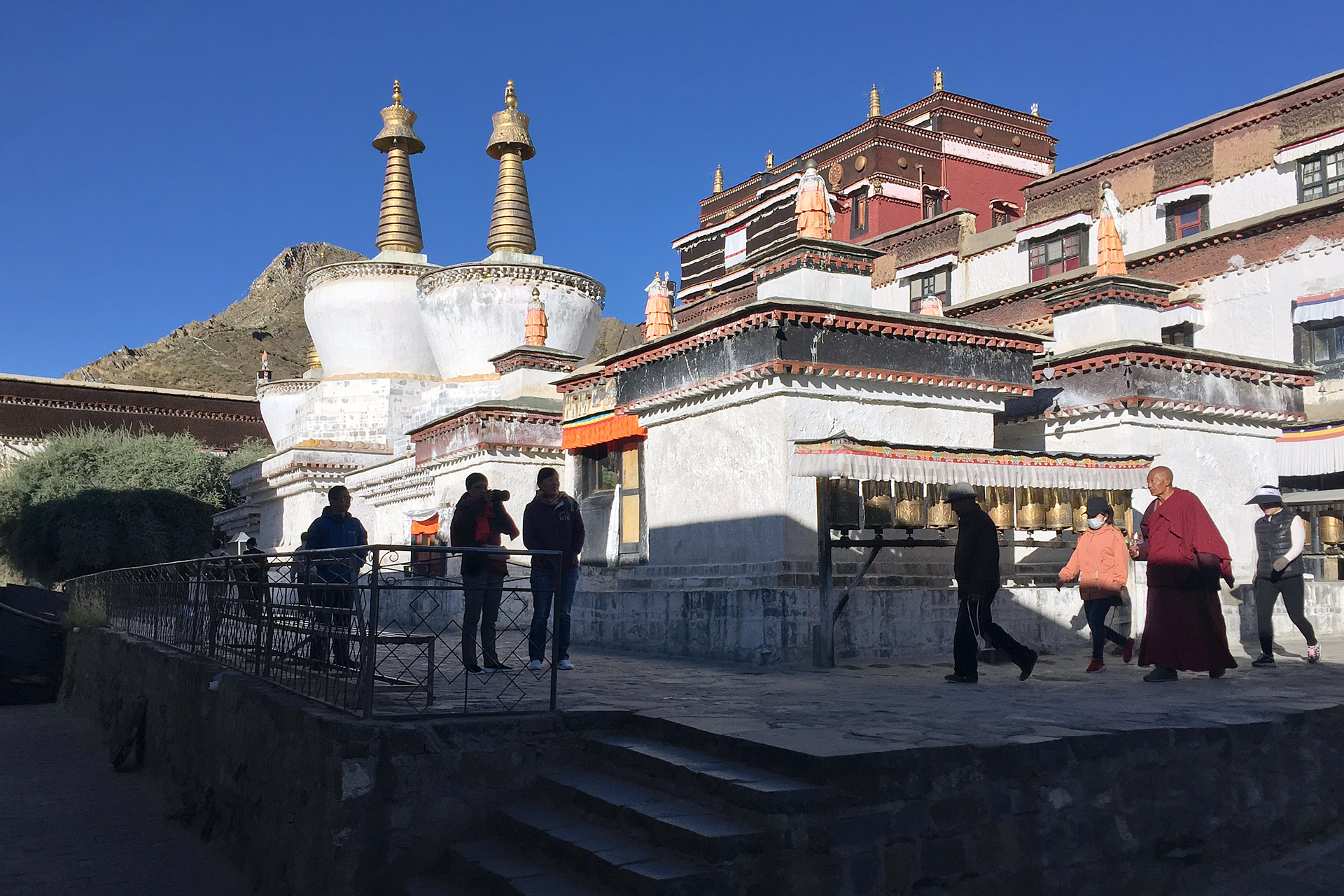 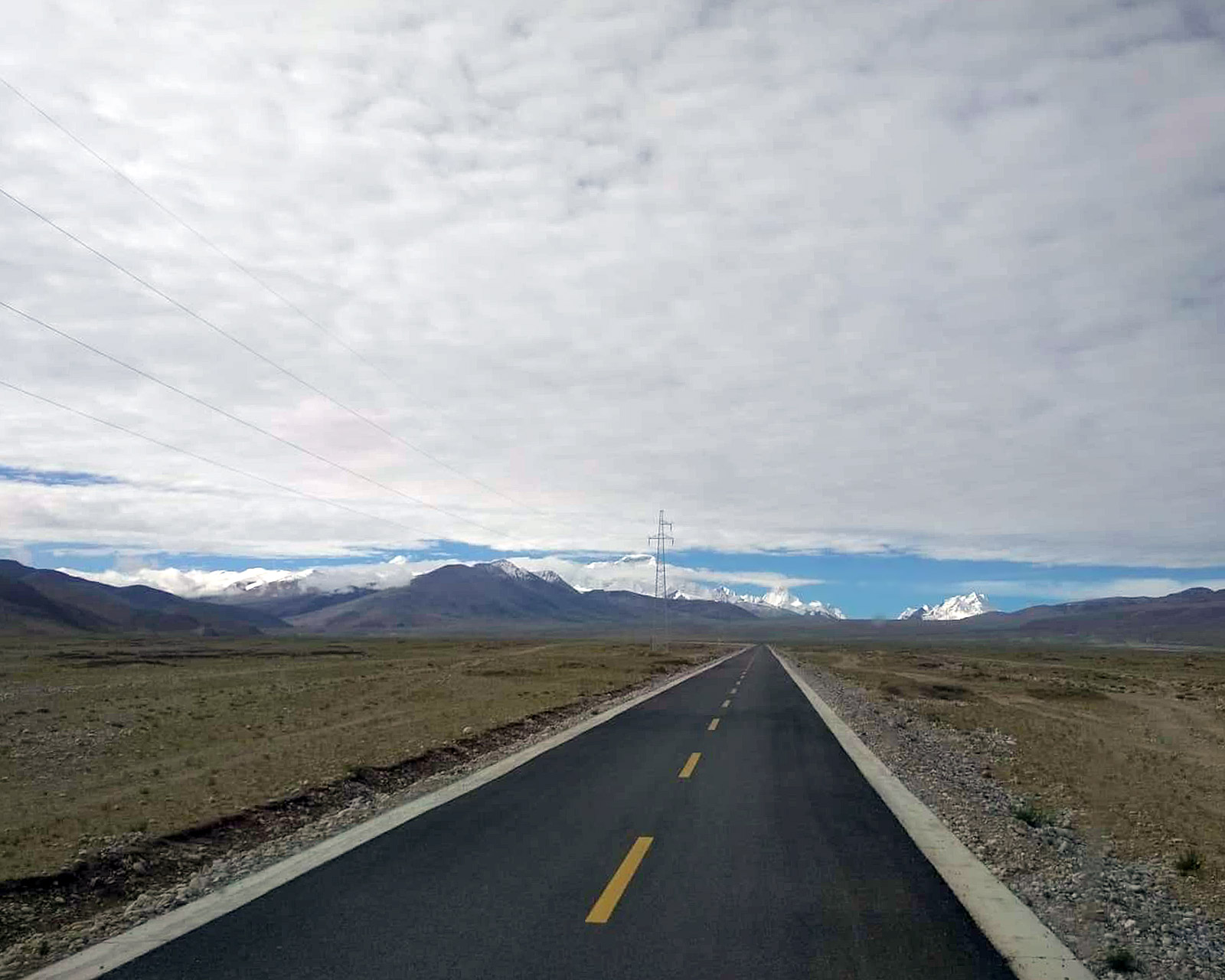 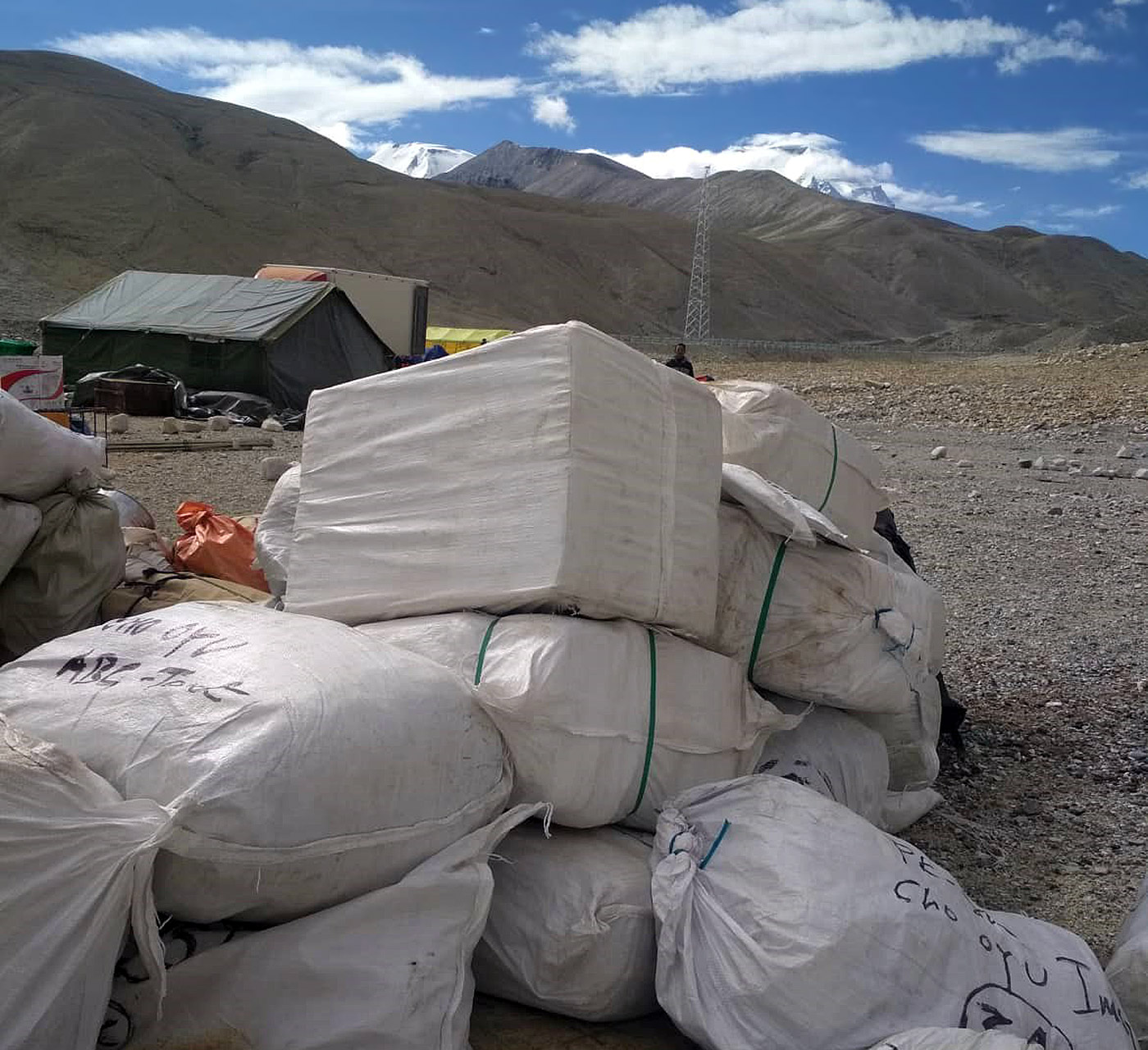 Our Sherpa Team has also made it up to Chinese Base Camp. They are actually camping a little further up the road from normal Chinese Base Camp in an area called Dremobuk. The Sherpa have already set up kitchen and sleeping tents and will get the dining tent set up tomorrow. They will also start re-packing gear for the trek to ABC. They have yaks scheduled to arrive for the trek in a couple days which makes everything on schedule. 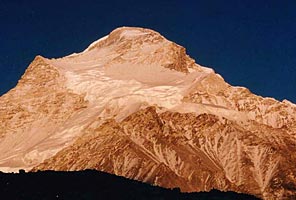 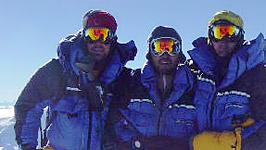 IMG is proud to have led 262 people from 21 countries on 26 successful expeditions to the summit of Cho Oyu: See the full list »

Not only did IMG seem to have the best guiding, but we were by far the best provisioned. I wouldn't climb with anybody else and will do my best to steer folks your way.

~Bruce D.
I also found that Eric Simonson's reputation and experience in the Himalaya has given IMG leaders greater ease in dealing with the Chinese government, in choosing more experienced climbing Sherpas, and in interacting with the leaders of the other expeditions. It was this kind of experience, or lack of it, that determined which expeditions were successful and which were not on Cho Oyu...

~Greg Y.
I honestly believe you have one of the best guiding outfits on Cho Oyu. After seeing some of the other groups, I would certainly recommend IMG to anyone interested in going there...