"He who does not travel does not know the value of men."
—Moorish Proverb

"I am Tenzing Norgay and you are Edmund Hillary!"

I looked up from underneath the rim of my dripping, sagging poncho at Tshering's grinning face. The thought, 'How the hell did he get up there?' ran through my mind but I was simply too exhausted to think about it. Besides, I needed to concentrate on finding the next rock to jump to.

It was our second day on the trail and the path we had started out on in the morning had quickly dissolved into a seething, muddy creek bed. The cheerful chatter — about the best way to hike while carrying an umbrella and how to keep one's toilet paper dry — had been replaced by muted grunts and the occasional and tentative, "so how far...?" Our eyes had long since given up the chore of taking in the beauty around us: the roaring Paro Chuu, the drapes of Spanish moss and our steadfast ponies with their red, pom-pom head dresses.

We all gritted our teeth and tried to ignore the demoralizing sight of other trekkers passing us on their way back down the valley we had come from. They had given up. The rain was too much, they said. The passes were snowed over. It wasn't worth the trip.

'One foot in front of the other,' I thought.

'They're just not as tough as us,' we all hoped.

Three days later, I stood at the Nyile La pass squinting in the sunshine, prayer flags whispering at my back, snow glittering underfoot and the Himalayas stretched out to the horizon in every direction. Just below, I could see a steadily moving caterpillar of ponies and people making their way towards me and for the first time I truly believed what Phil Ershler had said to me (with a wink) back in Paro, "it's auspicious."

He'd been referring to the sighting of some white monkeys on our walk to the Tiger's Nest monastery but it was a prophecy that held true for everything on the trek. Except, perhaps, Phil's luck with cards and our yak herder's sense of timing.

And even enduring a tardy yak has a silver lining. In spite of the cold, I don't think I will ever forget watching one of our herders, hands gripped firmly to the tail of his yak, skidding across the grassy valley as if on water skis. 2000 pounds versus 120 pounds — the odds lay in favor of the yak but I had to give the herder credit for tenacity. My mother turned sixty that evening, and we were fed our second cake of the day, still warm and buttery from being tipped by Raj Kumar, only moments before, from its baking tin.

The next morning, our time was filled with children. There were the youthful monks playing at being grown-ups in the Linghzi Dzong, rubber-booted, blue cheeked little tramps eagerly posing for photos in Chebisa and, for some of us, patient 8-year old voices from home, begging not to be left behind with grandma next time.

In the days that followed, we awoke each morning surrounded by some of the world's most pristine natural beauty. The sharp peaks and deep crevasses of the Himalayas surrounded us on all sides and the narrow trails underfoot were pounded smooth by the hooves of countless yaks and ponies. Winter was on its way and we had passed numerous herders guiding their ornery charges to lower pastures. You could hear their bells and sometimes see their bright, red headdresses in the distance as they moved sure-footedly along. Edelweiss, Rhododendrons and tiny, blue Devil's Trumpets covered the hills. Above us the sky was eggshell blue with a few clouds caught on the jagged summit of Gangchhenta — the Great Tiger Mountain.

Eventually, I dropped the habit of asking Tshering how much further it was to the next camp and took instead to making him classify mountains. Pointing at a particularly craggy and steep peak towering above me I'd ask, "Mountain?" Almost invariably, the answer was, "That? No." He'd shake his head seriously before his oval face would break into an impish grin, mocking my weakness and reveling in his own yak-like constitution. "That is not even a hill!"

Stumbling down the mountainside after crossing Sinche La (our final and highest pass), we came across a family on their way back across the pass. It was almost four in the evening and this mother, father and son were just beginning a walk that had taken us well over five hours. The mother smiled and nodded at us with beetle nut stained teeth. She was decorated with thick bands of Nepalese silver and wore a petite, woven conical hat, balanced high on her head with blue, red and white beads. The hat told us they had come from Laya, our northernmost destination and still a day of walking away. Tshering was right. In this country, if you saw everything as a mountain, you'd never go anywhere.

Two nights later, we watched and listened to a handful of Layan women and girls sing their traditional melodies. Their dances — danced in a tight circle around the fire — were simple and seem unvaried; two steps forward, a step back and the occasional turn. Similarly, the harmonies and songs were hard to distinguish at first. But slowly, as their voices grew more relaxed and our ears became more sensitive to the changes in tone and rhythm, we began to make out the different songs.

I felt a nudge against my elbow and turned to find Phil grinning at me over his tea mug. "Hey miss reporter, tell me how the hell you're going to describe this?" he asked, waving his arm to indicate the dancing, the music, the mountains and everything beyond. I laughed and took the easy way out, "You can't. Some things you just have to experience."

Long after we disappeared into our tents, the Layan women, their husbands and our guides, continued singing. Their throaty voices echoed across the village, up the valley and towards the mountaintops silhouetted against the night sky.

Too soon, we were heading south again, our route dropping back into the damp jungle we had struggled out of so many days before. Dryer now but no less daunting, the track began taking sharp dips and we found ourselves climbing 300 feet only to drop 600 down again and then have to climb another 900.

"This country may be the size of Connecticut but if you flattened it you'd get something larger than Texas," I recall John groaning as he looked down a steep set of switchbacks ahead of us and back at another set we had just finished climbing.

It was a comment I remembered as we bounced, dipped and veered our way along the narrow roads towards Thimpu on the last day of our trek. After days of walking, a ride in the white mini-van had seemed like an impossible luxury. Now, as we rocketed to the side of the road to avoid a colorful "Public Mover" truck (with "Honk Horn" painted in flashy colors across the back), I found myself wishing I were back on the trail, yak's behind, Tshering ahead and nothing but mountains in my way.

Altogether, we crossed four significant passes, climbed to 5001 meters, covered over 150 miles of track and suffered only one serious bout of stomach upset and two birthdays.

To my fellow Bhutanese explorers:

It was, as you well know, an amazing journey. One that demanded a great deal of stamina and patience, both from ourselves and the people that cared for us: Phil Ershler, Gombu, Raj Kumar, Gem Tenzing, Tshering, Pema Rinzin, Dorje Zangpo and Tenzin Phentsho.

I know that there are so many anecdotes and details I have missed — papa dams, giant turnips, shooting moons, bears in Chebisa and the Gasa hot springs — but I hope that perhaps, my story will inspire you to pause for a moment, rifle through your photos and recall a time, place and experience that is forever ours alone.

For my own part, as the youngest on the expedition, I want to thank you all for your patience and encouragement. I was (and am) undoubtedly the luckiest and most spoiled of our entire crew. For the record, I'll never forget it. 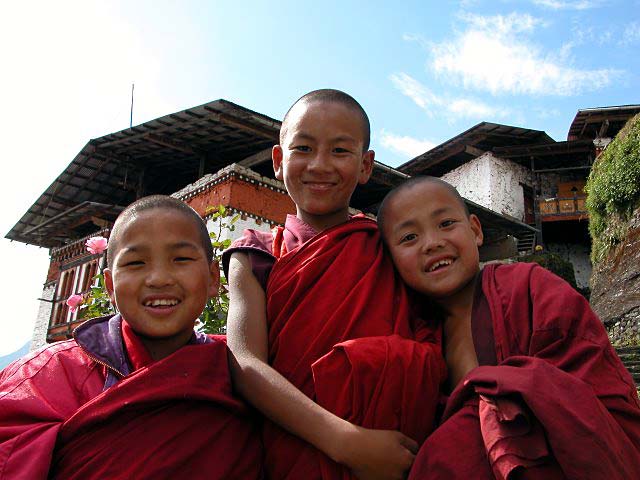 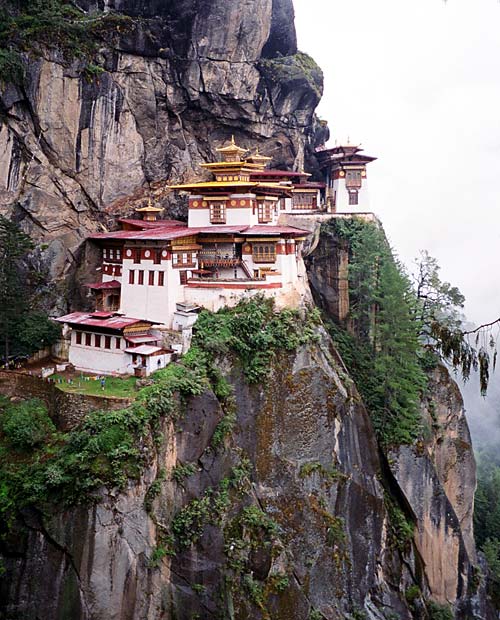 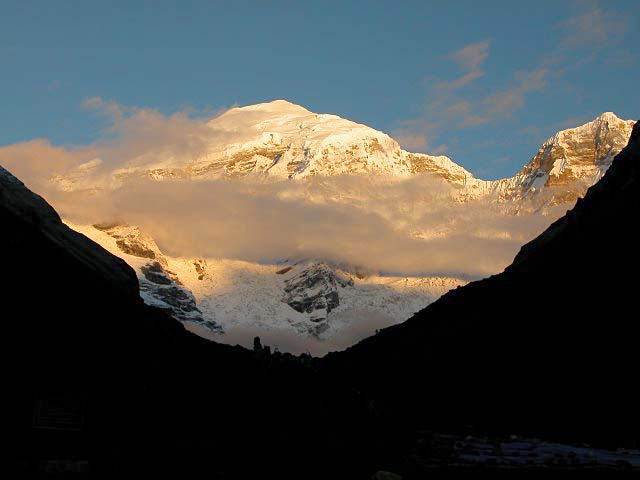 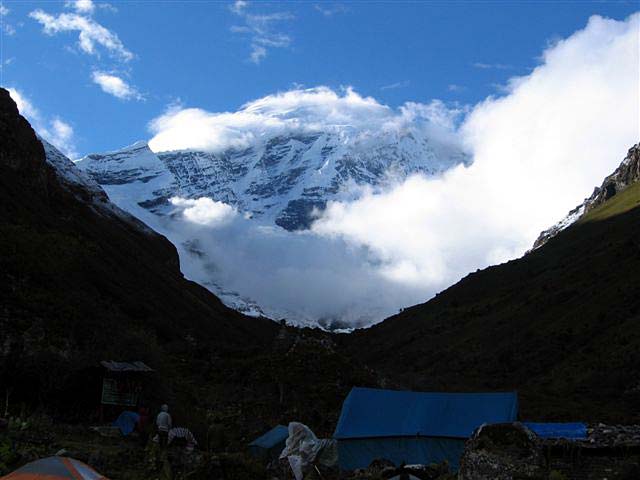 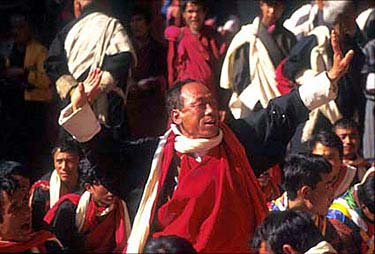 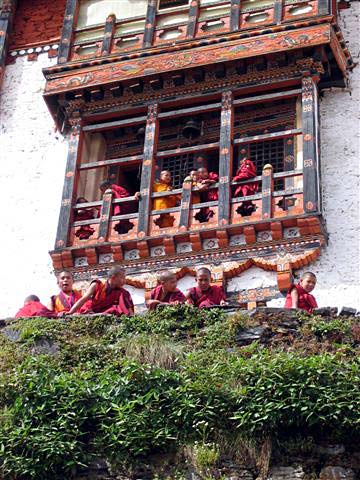 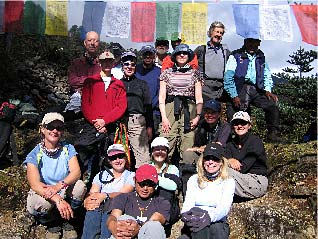 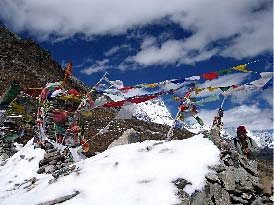 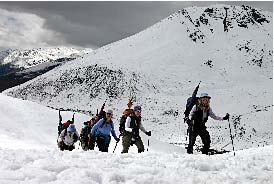 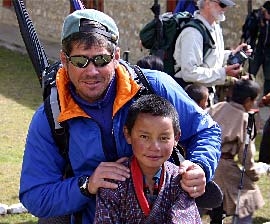