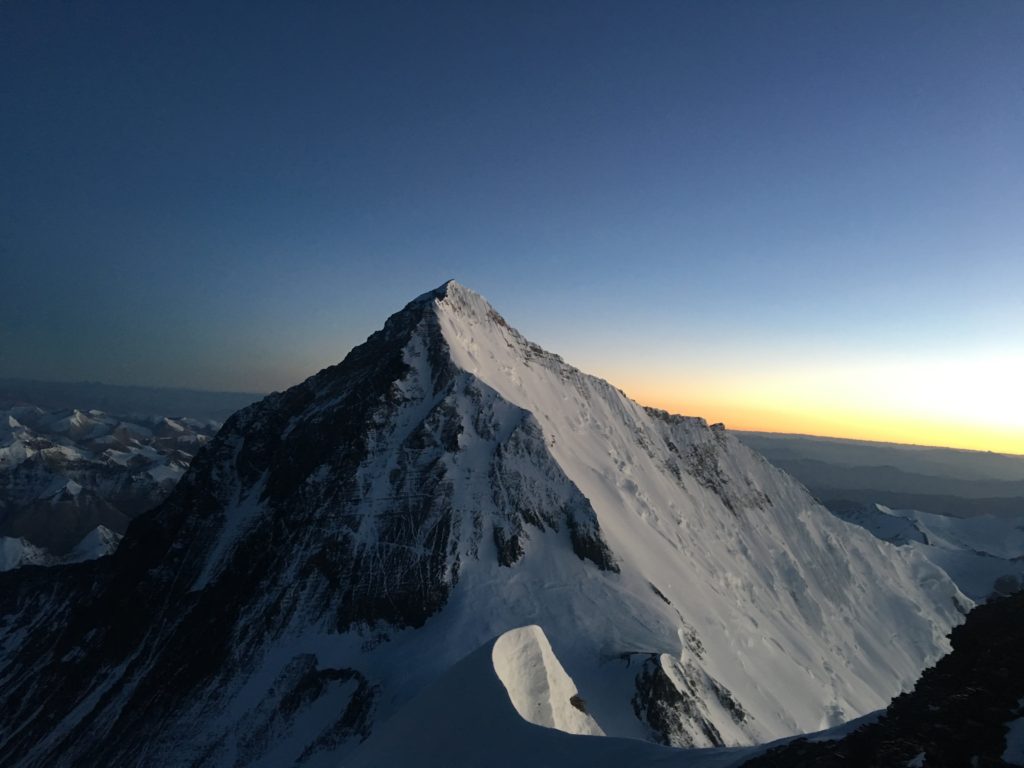 Mount Everest from the summit of Lhotse (Phunuru Sherpa)

China and Nepal share the summit of Mt Everest and have agreed to revised elevation. A group of Chinese surveyors and climbers climbed the north side in the spring 2020 season and have released their new height as 8,848.86m (29,032 ft). This is about halfway between the 1954 Survey of India calculation of  8,848m (29,028 ft) and the slightly greater height of 8,850m (29,035 ft) determined in 1999 by the National Geographic Society and Boston’s Museum of Science. It’s great news that Everest did not shrink too much after the 2015 earthquake, as some had feared. It’s still the world’s highest!

Congratulations to all of the climbers who have summited this beautiful mountain.

We are super motivated as we look forward to returning to Nepal and preparing for Everest 2021!