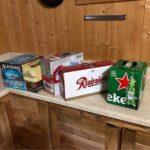 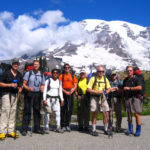 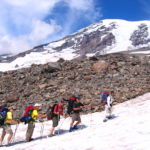 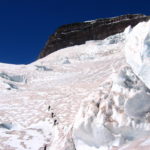 The route in 2007 went down below the cleaver (Warren Wilhide) 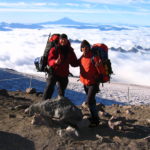 Warren & Ang Dorjee on the summit of Rainier (Warren Wilhide 2007) 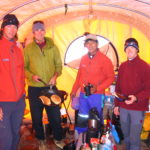 If you’ve climbed with IMG, or with any other guide service for that matter, you’ll agree that guides work hard, very hard. Obviously it’s great when their hard work is recognized with gratuity at the end of a climb, but it’s also great when the hard work is appreciated from afar, with a truly random act of kindness (two to be exact).

Twice this summer we got a message on facebook from longtime climber & friend of IMG, Warren Wilhide, who wanted to surprise the guides with some beer. Far be it from me to get in the way of free beer! I offered to pick up the the beer and figure out a way for him to pay me back, but Warren wasn’t messing around. He contacted a local bar and worked out a deal. 20 minutes later our guide lounge refrigerator was full of ice cold beer. Twice!

Thanks for making it happen Warren!

P.S. I looked through the archives and dug up some photos from Warren’s climb of Rainier from back in 2007. I was instantly reminded that the route dropped down below the Disappointment Cleaver that year making for “heartbreak hill’ to get back up to the Ingraham Flats on the way ‘down’.