January 11, 2023 – IMG Senior Guides Jonny Schrock and Jason Tanguay checking in from Argentina to give updates on their teams’ progress.

Team 2 is back in Mendoza for some well-deserved rest and relaxation after battling high winds and deep snow on their summit bid.  Team 3  is hunkered down at Camp 2 waiting to strike for Camp 3, and then the summit, as soon as the winds abate.  Good job and good luck to each of them!

For those who want a little more- a geography lesson:  Aconcagua actually has two base camps, each serving different routes.  On the West side, we have Plaza de Mulas, part of the Horcones Valley Normal Route, which Jonny’s Team 2 descended to after traversing around Aconcagua to Camp 3 for their summit bid.  On the East side, we have Plaza Argentina, part of the False Polish Route, the camp from which our teams depart from for their summit attempt.

All is well in Argentina! 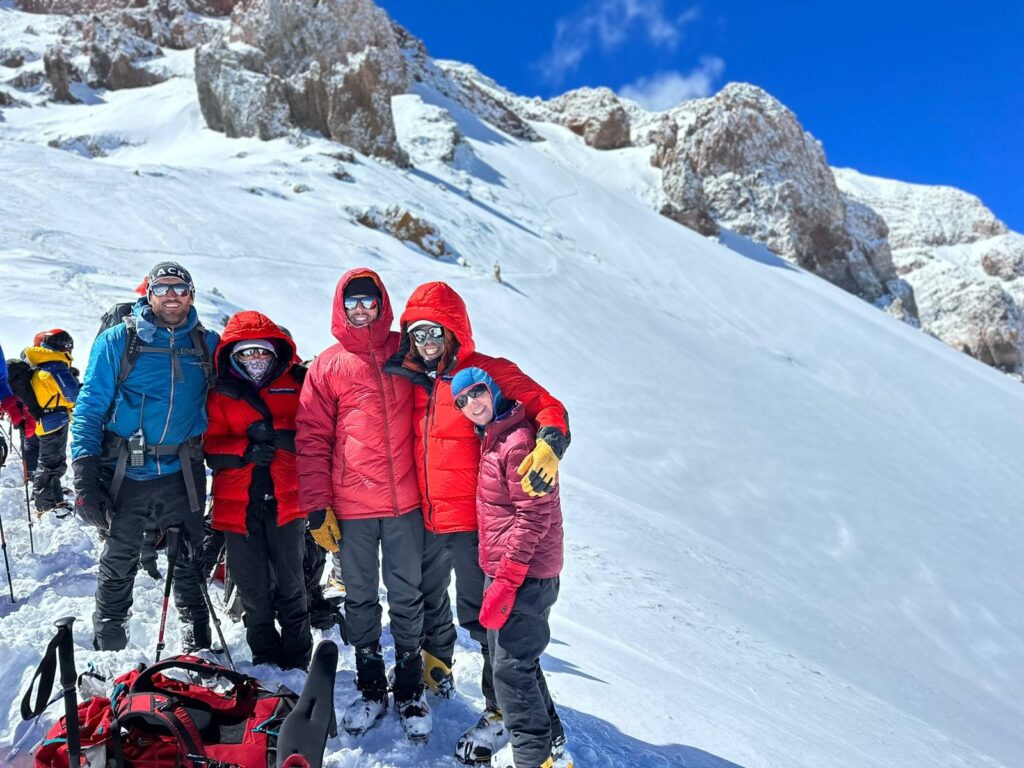 Routes & Base Camps on Aconcagua