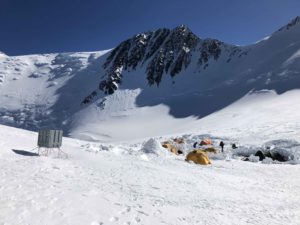 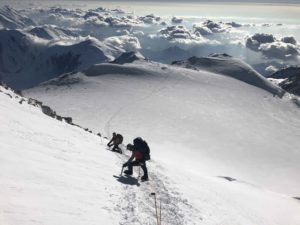 Looking down at 17 Camp from near Denali Pass (Eric Simonson) 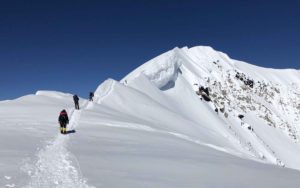 The last steps to the summit of Denali (Eric Simonson)

Both Andy Polloczek’s Team 1 and Peter Dale’s Team 3 pushed up to high camp and joined forces for the summit bids.  We are excited to report that our first wave of IMG Denali climbers, led by Peter, reached the summit last night and are all back to high camp now.  They will descend to 14 Camp later today.  The second group is heading for the summit today with Andy.  Meanwhile, Nickel Wood’s team are carrying loads today up from 14 Camp up to 17 Camp.  So far, so good on Denali!