We’ve received updates from down South, so it’s time to get caught up.

Let’s start way south and work our way north. Jonathan Schrock got a text out this morning. He and the team have been at Union Glacier, waiting for better flying weather. Not exactly tough duty, but Jonathan wrote to say he’s running out of dinner stories for the team. He’s lying: with his climbing history, I don’t think that’s possible. Regardless, visibility appears to be improving, and he anticipates being at Vinson Base Camp today.

The team is in good shape and is just ready to get a move on to get busy climbing Vinson. Jonathan did get a photo out just before the doors closed on the IL 76: 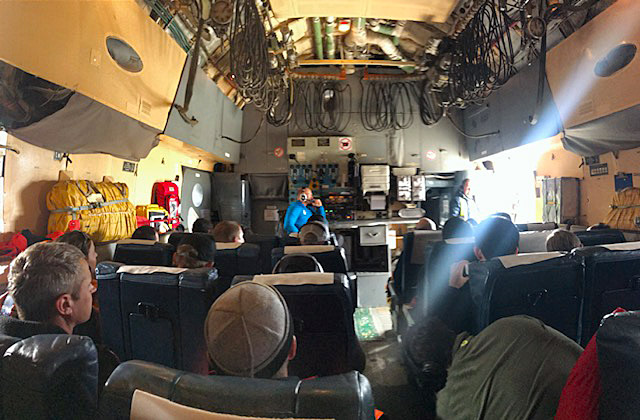 Flying to the Ice in this 1970’s vintage Russian cargo jet is an adventure all in itself. All good on The Ice.

Our team on Aconcagua is making steady progress. The team made their three day trek into base camp without issue, and everyone passed their health checks. They’re at C1, 16,200’, sticking to the plan of a carry and then a move to the next higher camp. Guide Harry Hamlin was able to get out a pretty nice photo as they approached base camp a couple of days ago: 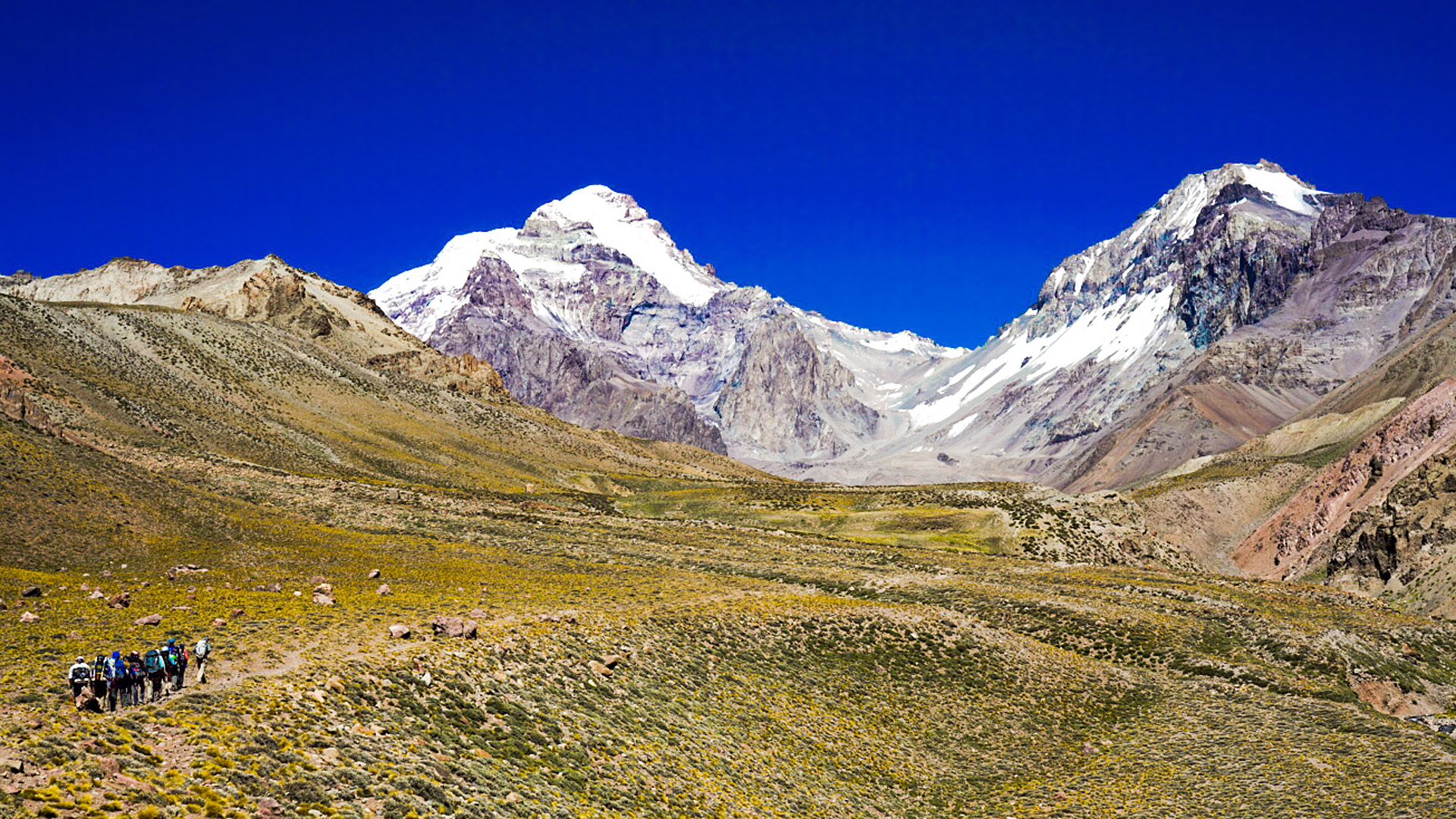 That’s Aconcagua on the left of the photo and Ameghino on the right. Route to C2 heads right between the two. 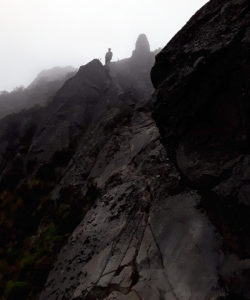 As we continue our tour of the Southern Hemisphere, let’s check in with our Ecuador team led by Jay Lyons and Romulo Cardenas. These guys are in the “minimal work/lots of fun” phase of the expedition. With all members having successfully arrived, the team got in a day touring Old Town Quito before heading north, crossing the equator and then visiting the famous Indian market of Otavalo. Outside of Otavalo are perfect areas for acclimatization prior to their attempt on Cayambe.

Yesterday was a hike around the crater of Fuya Fuya, and they should be hiking the peak of Imbarbura today. All of which is in preparation for heading up to attempt Cayambe.