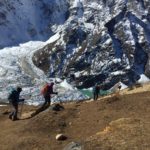 Trekking to Lobuche BC (Greg Vernovage) 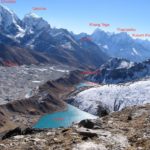 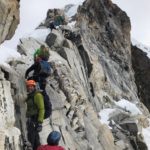 The Lobuche Peak Team took a well deserved rest day at Base Camp and will be heading over Cho La (17,485’/5329m) in the morning.

On Ama Dablam, the team continues to perform great. They were up early for the descent to Base Camp and made great time coming downhill. Snow showers put down a fresh blanket at Base Camp in the afternoon. The team will rest for a couple days before making a plan to head up on their summit rotation.

All is well in the Khumbu and Gokyo Valleys!