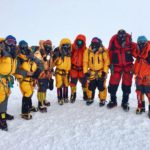 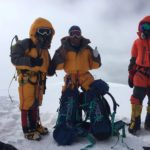 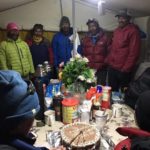 IMG Senior Guide Phunuru Sherpa just called from ABC. The team is happy and tired after a great summit rotation. The team returned to ABC and had a great celebration tonight including Kaji’s signature summit cake! More great news from the Sherpa Team as they managed to clear the entire mountain with the exception of 2 loads at Lake Camp which they will retrieve tomorrow. The team will dry gear and pack tomorrow and Yaks will arrive to ABC tonight for the departure the following day.  This has been a great season for IMG on Cho Oyu and our congratulations to all of the climbers and Sherpa! Phunuru also managed to get a few photos out from ABC as well, enjoy!

See all updates from the Cho Oyu Expedition