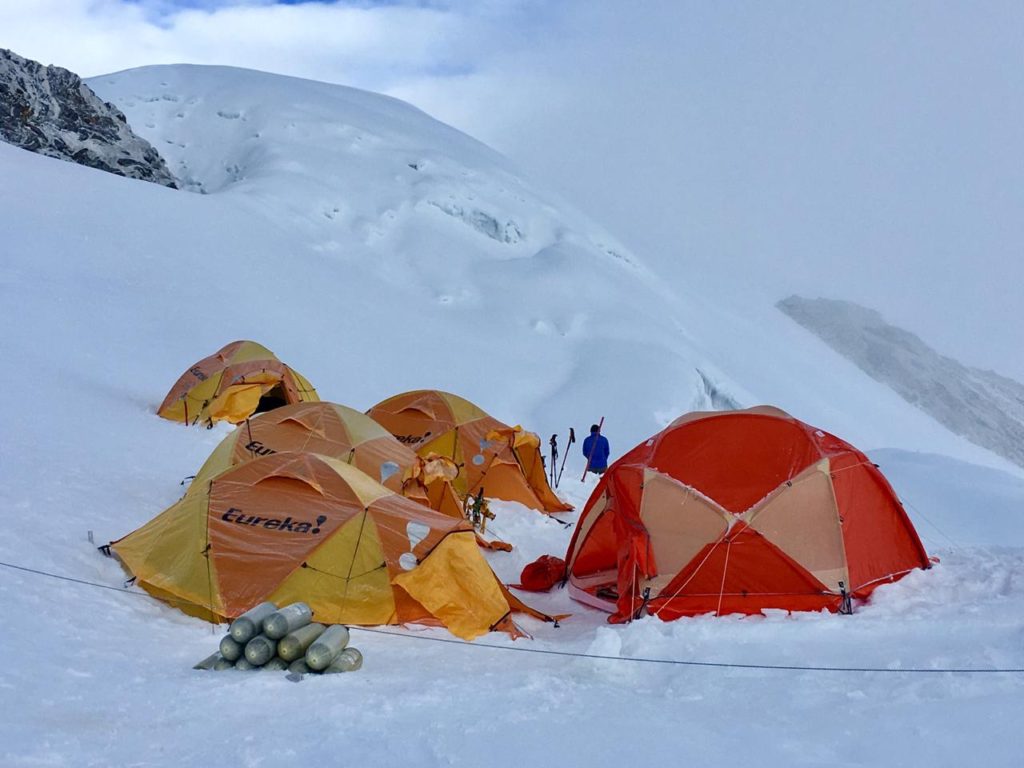 IMG Senior Guide, Phunuru Sherpa, called this morning (evening on Cho Oyu) to let us know the team had a great rotation on the mountain. The team climbed well and spent 4 nights above ABC.  The team had a little snow and some wind during the rotation but everyone ate well and was strong through the acclimatization rotation. They will now rest at ABC for a few days before making plans to head up on their summit rotation. Tomorrow will be a day of showers, laundry, Kaji’s good cooking, and oxygen training. 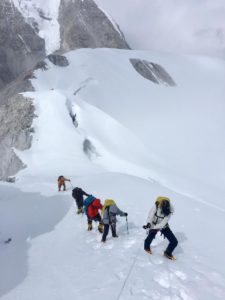 Climbing towards the ice cliff with Camp 1 below (Phunuru Sherpa) 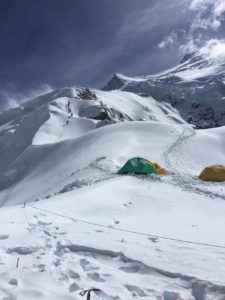 Looking up towards the ice cliff from Camp 1 (Phunuru Sherpa)

Our Sherpa Team will head back up to Camp 2 in the morning with the last of the gear and oxygen needed for the summit bid. Phunuru is also going to make a plan to fix to the summit in the following days. Weather dependent, we hope to get the mountain fixed by the 20th or 21st.

All is well on Cho Oyu!