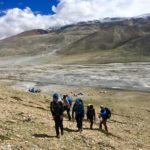 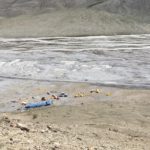 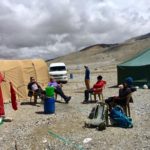 The Cho Oyu Team was up and out the door early this morning.  After a good breakfast in Tingri, the team loaded into the vehicles and made their way up the road to Chinese Base Camp.  They arrived in time to meet our Sherpa Team before they loaded the yaks and headed to ABC.  After the 17 yaks and our Sherpa Team departed Chinese Base Camp for ABC, the team had some soup and then trekked up to 5,000 meters for some acclimatization.

After the hike, Kaji cooked a nice lunch for the team before they returned to Tingri for the night.  The plan for tomorrow is to wake up and hit the road early for the move to Chinese Base Camp.  Phunuru reports a couple other teams are at Chinese Base Camp as well.

Our Sherpa Team had a good day with excellent weather and made it to ABC with all of the yak loads.  Tomorrow, the team will begin working on ABC and the following day, make a carry to Camp 1.