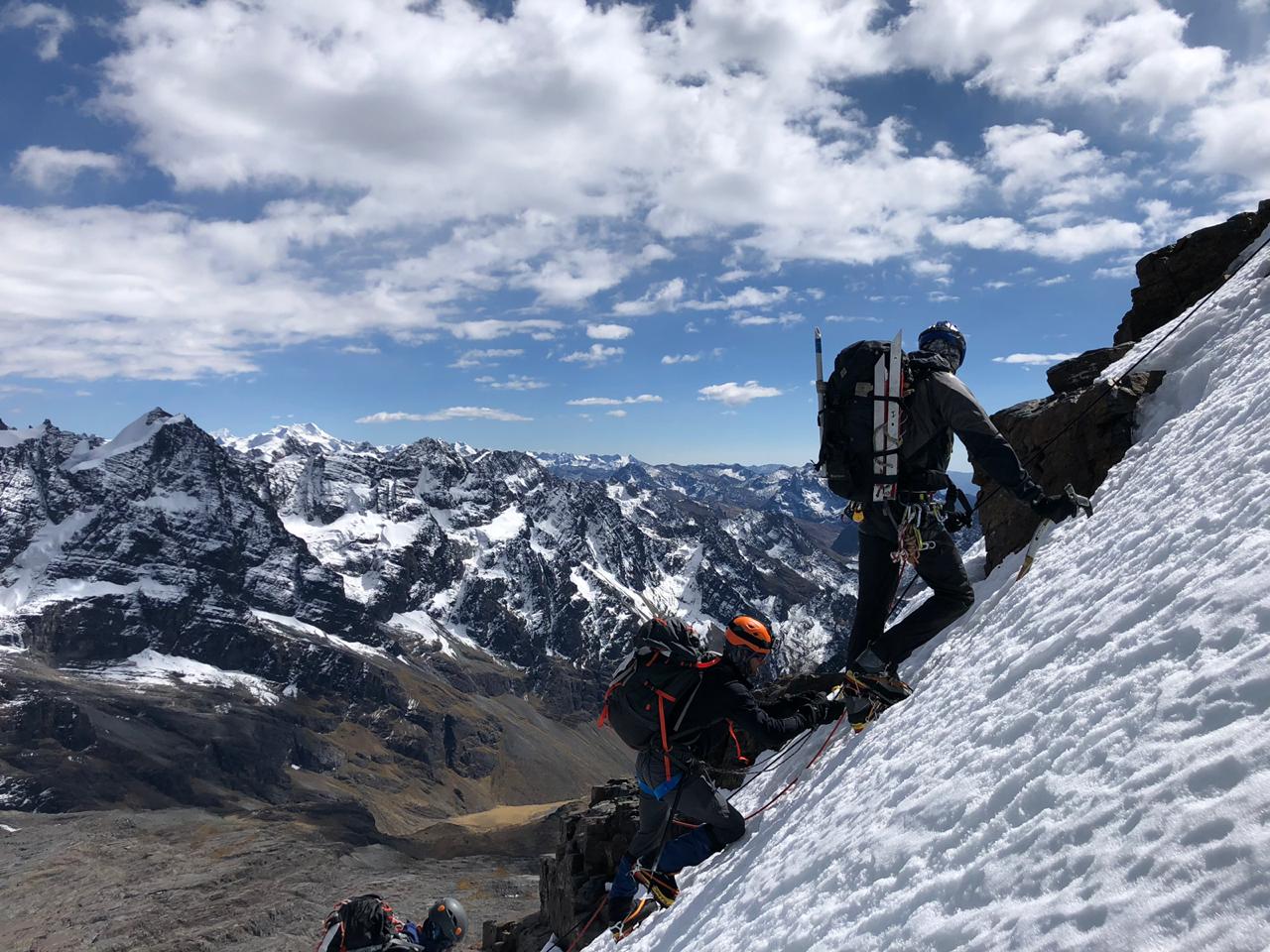 Roberto and Harry checked in from El Alto during their resupply of food. The team is right on schedule and now heading to Huayna Potosi Base Camp where they will repack and spend the night. From Base Camp to High Camp, the team will use porters to move their gear. The path is dirt, rock and then turns to snow near High Camp. The team is feeling great and the weather looks good for the next few days. 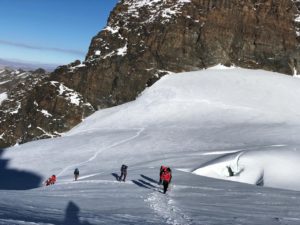 Climbing up the glacier on Pequeno Alpamayo (Roberto Gomez) 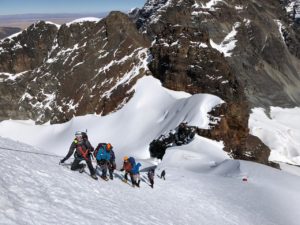 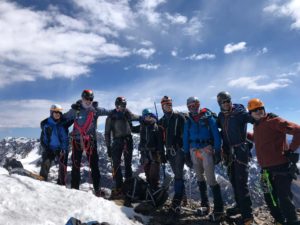 2019 Bolivia Team on the summit of Pequeno Alpamayo (Harry Hamlin)

Harry and Roberto also managed to send a few photos from the climb of Pequeno Alpamayo.  Enjoy!