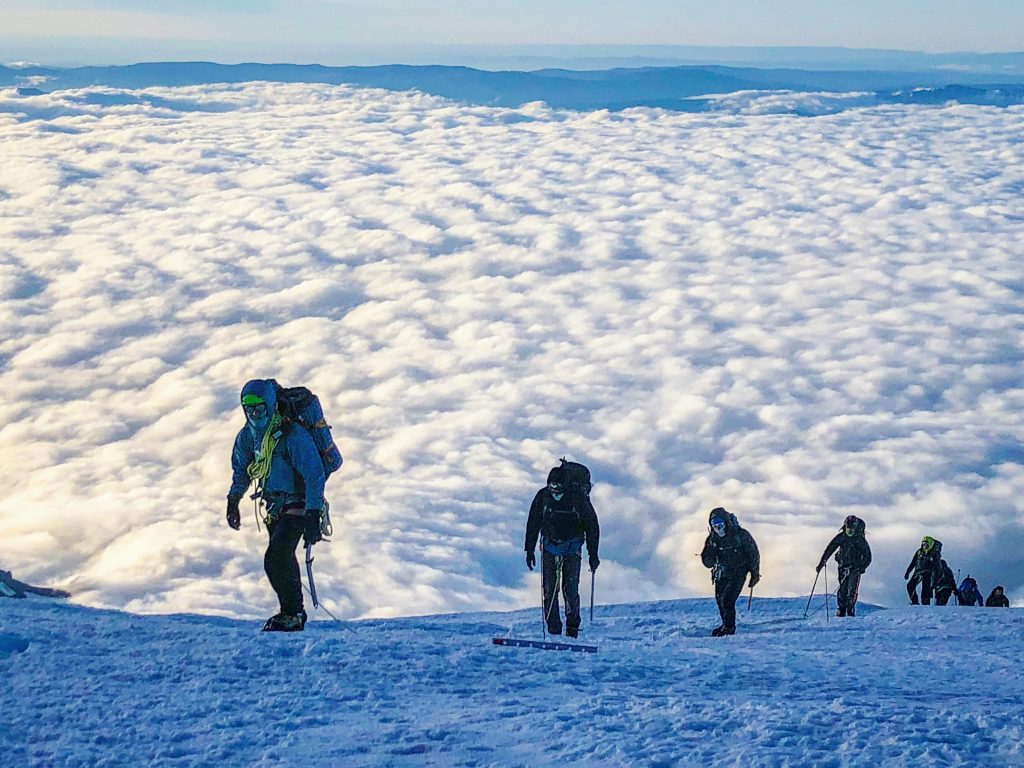 There are several pieces of gear that are absolutely mandatory for climbing peaks such as Mt Rainier, and crampons are one of them. However, there are many types crampons and not all are created equal. We will discuss the differences in depth in this article. Some of the distinctions we will make  include material, point configuration, and attachment method.

Modern crampons are made from either steel or aluminum, depending upon the expected use. Aluminum crampons are intended for when weight is at a premium and every gram must be shaved from one’s pack, these crampons are frequently half the weight of their steel counterparts. However, aluminum crampons can break, bend, and wear down very quickly, therefore they are not a suitable choice for most of our climbing adventures and are not appropriate for any route on Mt Rainier. Steel crampons are a better choice for most scenarios. They won’t bend and they won’t wear down quickly when we walk on rock. They are heavier than aluminum but that is a sacrifice we must make in order to stay safe in the mountains. In my own climbing, I usually use steel crampons, but I will take aluminum crampons for ski mountaineering where I know I will not encounter rocks or hard ice, and I will only be using the crampons on the ascent. For Mt Rainier, steel crampons are mandatory. 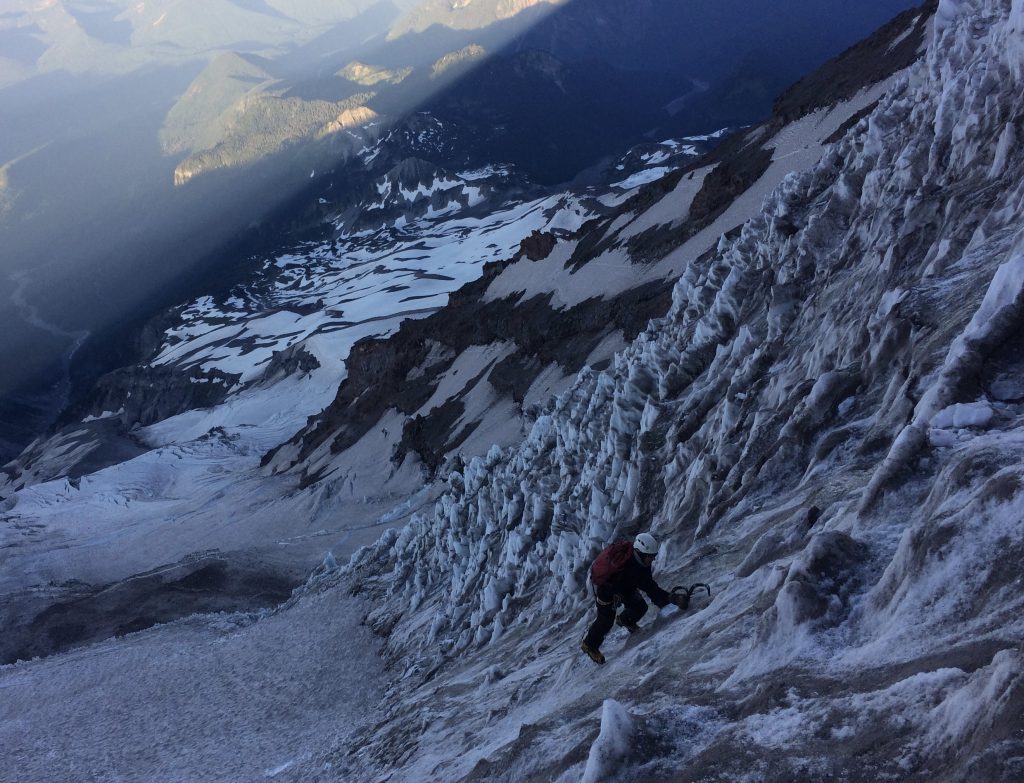 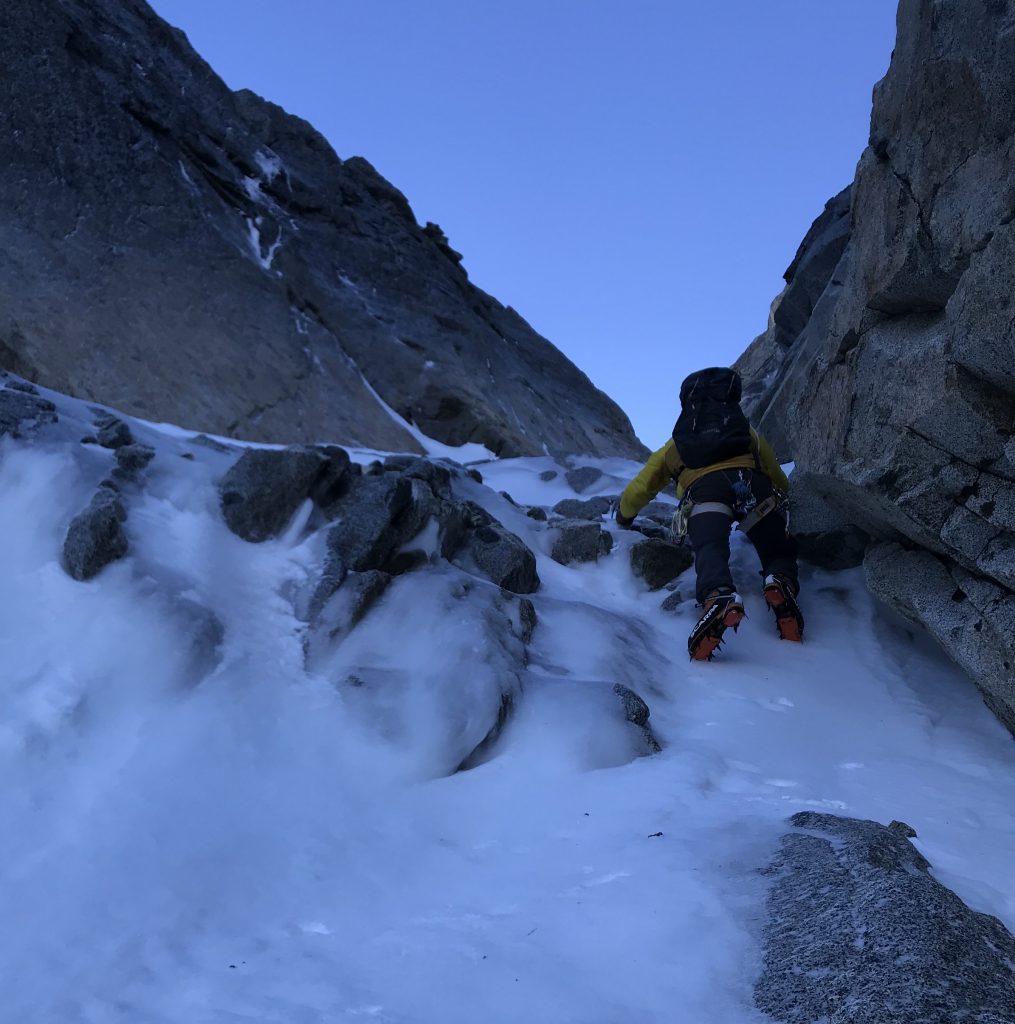 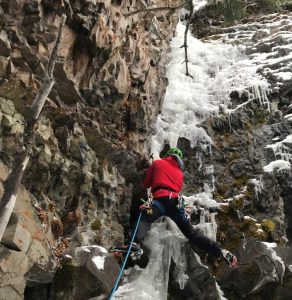 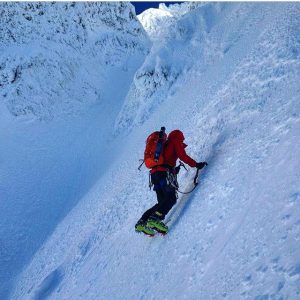 There are 3 standard attachment methods for crampons. Strap, semi-auto, and fully auto. Strap crampons can be affixed to any footwear. They can go on hiking boots or even running shoes. However, it is very difficult to get a secure attachment with a strap system. Additionally, once put on, the crampons can loosen and fall off. I recommend staying away from strap on crampons. Semi-auto attachment crampons are quite secure and what I recommend for most climbers. These crampons have a plastic “bail” at the heel that cams onto a plastic ledge on the heels of most modern mountaineering boots, resulting in a very tight fit. The front of the crampon has a plastic loop that fits around the toe. When properly adjusted, this attachment results in your crampons having very little play between the crampon and the sole of your boot. Last is the fully auto system. These crampons have the same heel bail as the semi-auto crampons but have a wire toe bail that fits with the groove in the toe of fully rigid boots (only). When properly adjusted, this attachment results in your crampons having no play between the sole of your boot, which is great for very technical climbing. However, I have found fully auto crampons to be very finicky about boot/crampon fit and therefore I recommend you buy semi-auto crampons even if you have fully rigid boots unless you are experienced enough to assess boot/crampon fit. Strap, semi-auto, and fully auto are universal terms, and most companies use some different array of terms. This can be confusing, so make sure to ask and confirm that you’re getting the attachment type you want!

Putting it All Together

I know these distinctions can be confusing, so I will try to distill it down here. For the Disappointment Cleaver on Mt Rainier, you will need steel crampons, with either 10 or 12 points, and horizontal front points. This is the most common crampon and what I recommend most people buy as their first pair (in the 12 point, semi-auto configuration). There are countless crampons in the category but IMG’s rentals are Petzl Vasaks, these are a great option. If your goals are fast and light ski mountaineering on routes with low technical difficulty and no rock, then 10 point aluminum will be your best option. Finally, if you plan to climb a lot of steep ice then you will want steel vertical front point crampons. In this category, the Petzl Lynx is a great choice and works well in a lot of mountaineering roles. Remember, people climbed all the routes on Rainier with hand made steel crampons with no front points. Every steel crampon today is incredible, so don’t obsess over the tiny details.

Crampons are expensive. Even the cheapest 10 point models cost well over $100. It’s harder to find quality used crampons than it is boots or cloths. (Most crampons on the used market are very old and will work poorly compared to modern options.) Therefore, you will probably have to buy new crampons. If you own boots, take your boots to a retailer and try to find a crampon that fits the shape of your boot well. Many crampons will likely fit, choose which one fit your requirements, boot, and budget. Good luck and please reach out with any questions!

Feel free to email office@mountainguides.com or call 360-569-2609 with your questions and be sure to follow @porter.mcmichael and @intermationamountainguides on Instagram for inspiring pictures of the world’s great mountains and treks!

See you in the mountains!