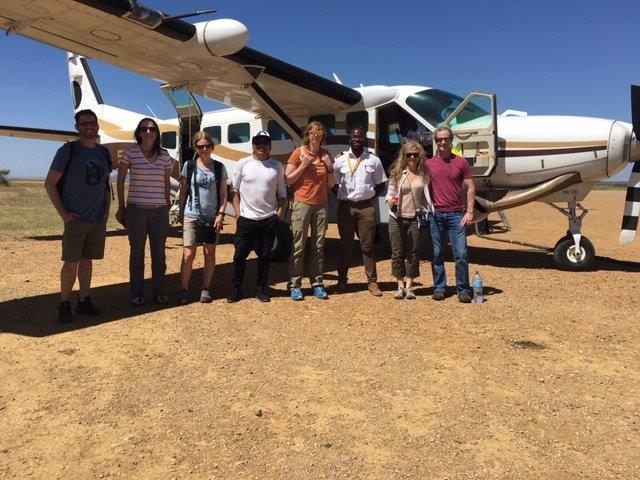 Kilimanjaro climbers after landing at the Serengeti Airport (Phunuru Sherpa)

Phunuru reports that the Kilimanjaro team successfully made the transition yesterday from climber mode to safari mode. All the stinky clothes and dirty gear are safely packed away and stored for the trip home. Comfortable safari clothes are now on, and binoculars and cameras are ready. The 40 minute flight from Arusha to Serengeti is like a trip back in time. After landing the team was met by their safari drivers and the animals (sometimes the latter are also on the runway, and the plane needs to “buzz” them off!). 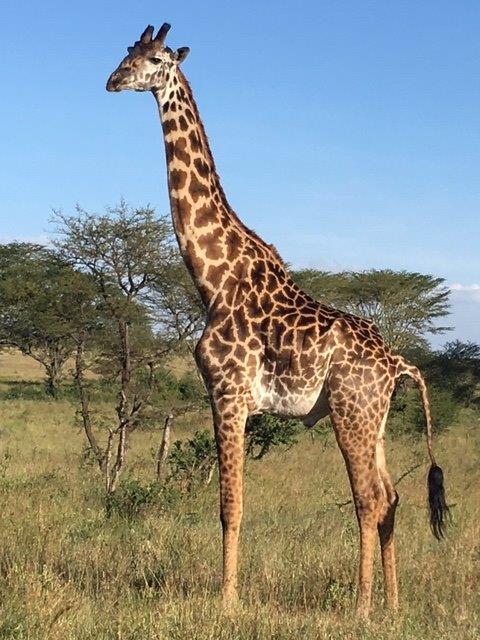 On the way to their first luxury safari camp the team immediately had their first wildlife sightings. Wildebeest, giraffe, zebra, cape buffalo, and countless other critters are seemingly everywhere. Today the team saw lions, leopard, and cheetah as they continued the safari moving east across the Serengeti on their way to the Ndutu area, where they are staying at another luxury safari camp. The team will likely hear animals tonight near their camp, as the Ndutu area is in the heart of the short grass plains, where countless wildebeest and zebra are giving birth this time of year. 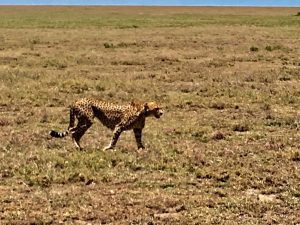 Cheetah on the Serengeti (Phunuru Sherpa) 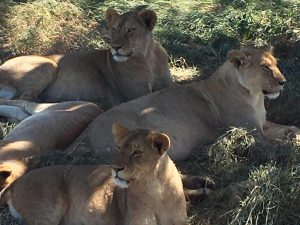 Pride of lions on the Serengeti (Phunuru Sherpa)

Phunuru reports that they have now seen four of the “Big Five” (cape buffalo, lion, leopard, rhino, elephant). The only one missing is the rhino, and they are hoping to see them  tomorrow in the Ngorongoro Crater (where they are protected by the wildlife rangers).

With all the snow and cold here in the Pacific Northwest these days, baking out in the sun a few degrees south of the Equator sounds pretty good!