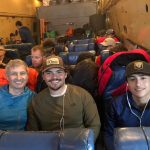 Getting ready for takeoff to Union Glacier (Austin Shannon) 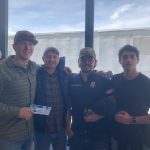 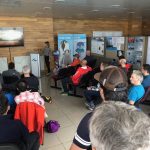 It’s Vinson Massif time.  What a way to start the new year!  Especially fun when we have a custom, family-group trip with one of our top IMG Senior Guides, Austin Shannon.  Everyone arrived in Punta Arenas, Chile without problems.  Poor Austin, however, had to leave home on Christmas day.  Guess that’s just what guides do.

They’ve been furiously food shopping and making final gear checks.  Today’s the big briefing with ALE, the flight service.  Flying 2000 miles to an icy glacier landing strip at 80 degrees S. latitude is fairly logistically involved.  Exciting as can be, too.  The team’s been informed that if weather holds, they’ll be flying to the Ice tonight.  4 hours in an IL 76, a 1970’s era Russian military cargo jet.  Soon as possible thereafter, it’s another 1 hour flight in a Twin Otter over to the actual Vinson base camp.

Everything is moving forward according to schedule right now and we’re hoping it all stays that way.  It’s Antarctica so everything’s at the mercy of the weather, but so far mother nature looks as though she wants to cooperate.